The London Dungeon staged a mock race between stretcher-bearers and modern ambulances from Guy's Hospital to Tooley Street on Thursday morning. 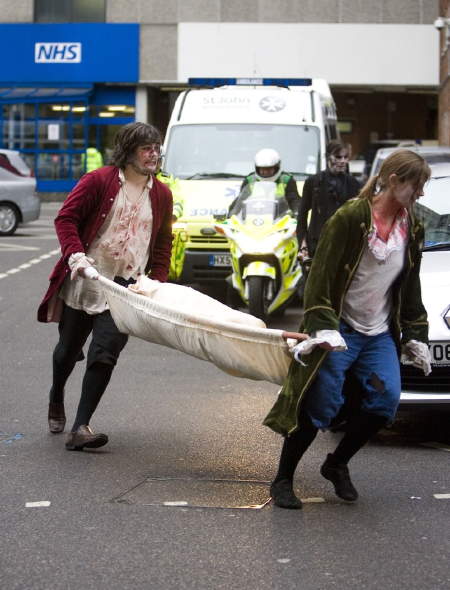 The 'race' gets under way outside Guy's Hospital 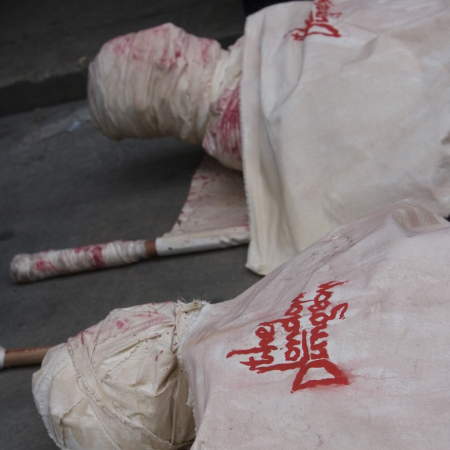 The 'race' was held to mark the launch of the London Dungeon's new 'Surgery: Blood and Guts' experience.

Whilst the St John Ambulance team had to negotiate the Thursday morning rush-hour traffic via Newcomen Street and Borough High Street, the stretcher-bearers took a pedestrian short-cut.

"We are delighted to win a victory for history," said Nicola Ratcliffe, general manager of the London Dungeon. "Thankfully surgery has come a long way from the brutal procedures visitors will witness in our new experience, but there still seems to be a lot to be said for "ye olde ambulance service" – particularly in modern traffic!"

Martin Henderson of St John Ambulance said: "We never underestimated the competition and expected them to have some tricks up their stretcher for this exercise! Going "off road" significantly reduced their route and it is a simple fact of modern life that traffic can be a challenge for our ambulances – which is why we have a range of rapid response options."

The London Dungeon is promising visitors to its new Surgery experience that they will be transported to "a stomach-churning pre-anaesthetic and anti-antiseptic world for a gangrenous taste of some of history's most horrific surgical procedures before the days of the NHS".

Locals and tourists looking for a cheaper – and less tacky – way to learn about the history of medical surgery should head to Britain's oldest surviving operating theatre at the Old Operating Theatre, Museum & Herb Garret just round the corner in St Thomas' Street.