Mayor of Southwark Eliza Mann, Cathedrals ward councillor Adele Morris and Camberwell's Dora Dixon-Fyle have have been learning a disco routine with professional dancers - but they'll only perform it if they raise at least £500 for Diabetes UK. 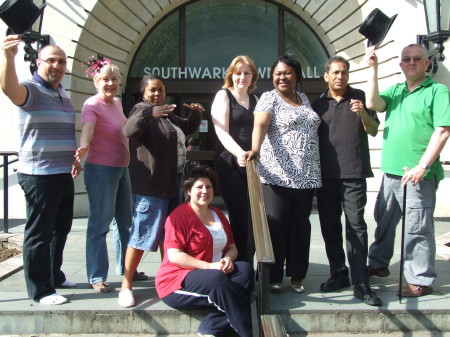 If they hit the fundraising target the trio will perform at the Mayor's fundraising ball on Saturday night at the Hilton London Tower Bridge in Tooley Street.

"When I say disco dancing, I don't just mean getting up to boogie after a couple of glasses of wine, I mean dancing a routine with professional dancers in front of 250 people," says Cllr Adele Morris who has represented Cathedrals ward in Bankside since 2006 and now holds the council's citizenship, communities and equalities portfolio.

"Yikes – maybe we will need those couple of glasses of wine after all.

"No seriously, we have spent the last few Sunday afternoons learning our dance, and we hope to be step perfect on the night. We aim to raise at least Ł500 – so please sponsor us if you can."

Councillors Jeff Hook, Paul Kyriacou, Lorraine Zuleta, Anood Al-Samerai and Althea Smith are also planning to prove that they have the X Factor at the black-tie event.

"Diabetes is one of the biggest health challenges facing the UK today," says Cllr Eliza Mann.

"I am appealing to the people of Southwark to help us raise enough money to support the work of Diabetes UK in raising awareness and make a difference to the lives of the many people in the borough who may have type 2 diabetes and may not know it, and to all those people in danger of type 2 diabetes who with the right help can avoid the condition."

Cllr Mann will be hoping for better luck than her predecessor Bob Skelly – his charity ball had to be relocated to a hotel north of the river when the Tower Bridge Hilton was shut down by last year's Great Flood of Tooley Street.

• Hear Cllr Eliza Mann talking about why she's supporting Diabetes UK.
• Take a historical tour of Bankside in support of Diabetes UK on 30 May.