London Bridge was filled with saxophonists on Sunday lunchtime for a special performance of The Leviathan by John Harle as part of the City of London Festival. 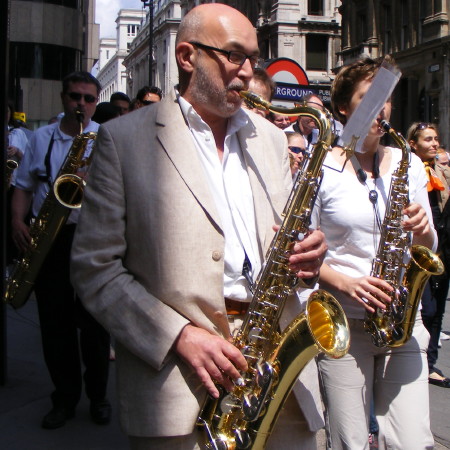 Richard Lee, director of the Jerwood Space in Union Street, was among the participants 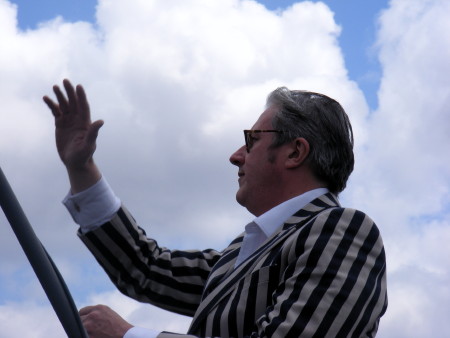 Composer John Harle hoped to recruit 800 saxophonists for the performance of his new work (it's the 800th anniversary of the first stone London Bridge).

The musicians gathered at four of the city's historic entrances – Aldgate, Bishopsgate, Ludgate and Moorgate – and converged on the north end of London Bridge.

The piece by John Harle is said to represent the "taming of the forces of chaos by concerted, unanimous effort". Each of the four processions had their own instructions to create as chaotic a noise as possible until they reached the bridge where Harle was standing on a podium to conduct the central section of the piece.

The saxophonists were then sent on their way into Southwark playing a single note to signify unity and tranquility.

Although most of the City of London Festival takes place north of the river, there are a few events that stray into SE1 including a concert by the choir of King's College Cambridge at Southwark Cathedral and a guided walk by local author John Constable.