Three fire engines and around 15 firefighters were called to a fire at Ethelm House, a derelict four-storey office building on Cornwall Road in Waterloo early on Monday morning. 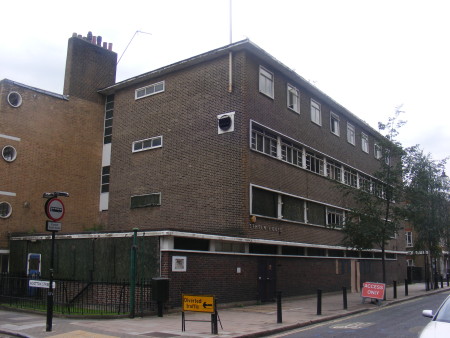 It is believed the fire started on the ground floor of the building and caused a small amount of damage.

Three people left the building before the fire brigade arrived. A man was treated for smoke inhalation at the scene by London Ambulance Service crews.

The Brigade was called at 3.05am and the fire was under control by 3.54am.

Firefighters from stations including Southwark, Lambeth and Islington were at the scene.

The cause of the fire is under investigation by fire officers and police.

Ethelm House, most recently used as a catering college by London South Bank University, was built in the late 1930s as a social centre linked to the former Church Commissioners-owned housing on Wootton Street.

The building has been empty for more than a decade.