Changes to the London View Management Framework proposed by Mayor of London Boris Johnson could scupper plans for high-rise buildings at Elephant & Castle, a Southwark Council committee heard this week. 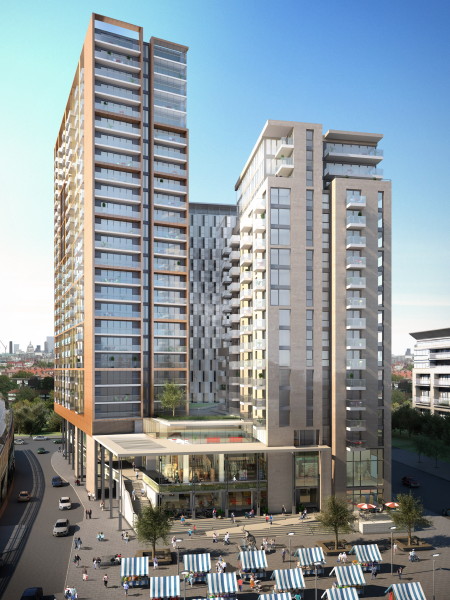 Although the much-delayed Oakmayne Plaza scheme has planning permission, if proposed now it would fall foul of Boris Johnson's new rules as it would appear between the towers of Westminster Abbey when seen from the Serpentine Bridge in Hyde Park

Among the new measures proposed in the document is an additional protected view from the bridge over the Serpentine in Hyde Park towards the Houses of Parliament and Westminster Abbey.

On Tuesday night Southwark's planning committee was told that this new protection could affect proposals for tall buildings as part of the regeneration of Elephant & Castle.

The council's head of design & conservation Michael Tsoukaris told councillors that the effect of the policy would be to cap the height of future developments at some locations around the Elephant & Castle northern roundabout at 65 metres.

Whilst developments which already have planning permission would not be affected by the policy change, the committee was told that some previously approved schemes such as the Oakmayne Plaza scheme at New Kent Road would potentially fall foul of the new restrictions.

Oakmayne Plaza, which (if it is finally built) will be up to 87.5 metres tall, would appear in between the towers of Westminster Abbey when seen from the designated viewing point on the Serpentine Bridge.

Even though Eileen House on Newington Causeway falls just outside the new protected viewing corridor, earlier this year Boris Johnson demanded that a proposed 43-storey tower designed by Allies and Morrison be reduced in height so that it was not visible above the treeline from the Serpentine Bridge.

Michael Tsoukaris told the committee that the Mayor's new Hyde Park policy would result in developments at Elephant & Castle being "reduced in height but intensified in density".

"We will have to suffer the consequences in terms of the density at which people in Southwark will have to live to preserve what is a very minor incursion into the background view," said Cllr James Gurling, chair of the planning committee.

Council officers also highlighted the potential impact of the strengthened protection the Mayor is proposing for the view from St James's Park towards Duck Island and Horse Guards.

Southwark is currently preparing a new planning guidance document for the Borough & Bankside area which will designate Blackfriars Road as a suitable area for tall buildings.

Mr Tsoukaris warned that the Mayor's new St James's Park restrictions would be "inconsistent with decisions already taken by the secretary of state and this committee for tall buildings in the Borough & Bankside area".

"We don't want to go looking for a fight on these sorts of things," said Cllr James Gurling, calling on officers to strengthen the language of their official objection to City Hall's new document.

"It seems to me that English Heritage and Westminster Council have put pressure on their good friends elsewhere to find a different way round having failed via appeal on existing buildings.

"It may be fortuitous that it comes after planning inspectors have backed our decisions and I'm sure it's just a question of timing."

Veteran Conservative councillor Toby Eckersley disagreed: "We are in danger of falling into the trap of failing to protect two of the most beautiful views in London."

He added: "These are some of the most beautiful urban views in the world."

Although the deadline for councils to respond to the Mayor of London's LVMF consultation was 30 September, Southwark has sought leave from the Greater London Authority to submit its comments late.