Oakmayne Properties has submitted a planning application for a 43-storey tower of 369 flats on the site of Eileen House near the Elephant & Castle. 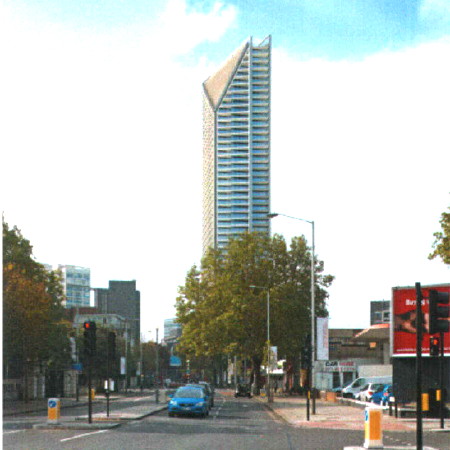 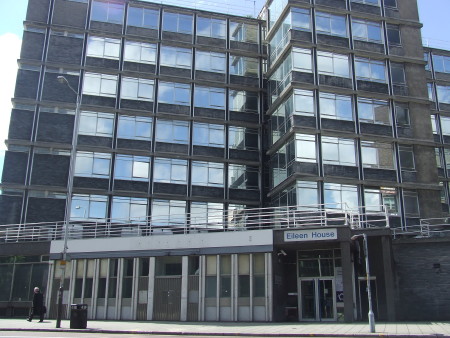 Eileen House in 2007. A branch of HSBC used to occupy the ground floor

The scheme has been designed by Southwark-based architects Allies and Morrison to replace the 1960s former Department of Health office block known as Eileen House.

The proposals include retail units on Newington Causeway with the residential entrance facing onto Southwark Bridge Road.

Most of the residential levels will have between 10 and 12 flats per floor.

The lower floors of the tower would be office space. Documents submitted to the council witht the planning application indicate that Oakmayne has had talks with Southwark Primary Care Trust about the possibility of housing a polyclinic in the development.

The PCT is currently running a consultation on its plan to create four 'care centres' across the borough, including one at Elephant & Castle to serve north-west Southwark.

Tthe tower would form the northern apex of a triangle of skyscrapers with the Strata tower at the top of Walworth Road and the proposed 360 tower on the former London Park Hotel site.

The developers propose to change the current arrangements for buses which currently use the streets around Eileen House to turn around between journeys to create a pedestrianised 'University Square' where Keyworth Street meets Southwark Bridge Road.