Irish composer John Browne will swap the opera house for the health service in 2010 when he becomes the first-ever composer-in-residence at the Florence Nightingale School of Nursing and Midwifery. 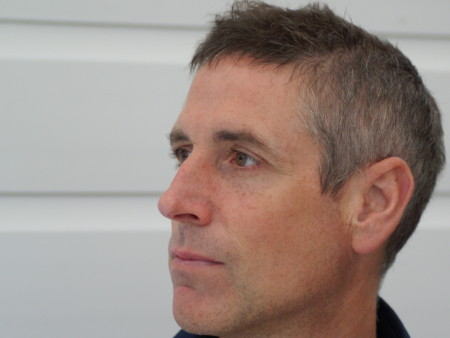 The one-year residency has been made possible by a Ł10,000 grant and expert advice from the PRS Foundation, the UK's largest independent funder of new music.

The school of nursing was founded in 1860 at St Thomas' Hospital by Florence Nightingale. It is now based at King's College London's James Clerk Maxwell Building in Waterloo.

The project marks the Florence Nightingale School's 150th anniversary and is part of its Culture in Care programme, offered to both staff and students, which explores the role that the arts, and in particular music, can play in the professional development of nurses.

"Poets, writers and philosophers as well as physicians and scientists have long recognised the extraordinary power of music to heal the body, soul and mind and strengthen the bonds between people and communities," says Sally Taylor, chair of the PRS Foundation.

"John Browne's appointment represents a pioneering collaboration and a model of best practice for composer residencies. It is a fascinating opportunity to create new music which explores the theme of care including such complex issues as how we deal with an ageing population and the politics of the NHS in contemporary society.

"Over the last ten years the PRS Foundation has created many successful music residencies in both arts and non-arts organisations everywhere from the London College of Fashion to local council offices. We hope to help create and support many more in the future."

In 2006 John Browne visited Rwanda to create the music-theatre piece The Mother's Ring with survivors of the genocide, and in 2007 he wrote an original score for Demon Juice, a hip-hop version of Don Giovanni which brought together urban dance artists and the Royal Opera House.

John's brief at the Florence Nightingale School will see him explore the nature of care in clinical environments through music and compose an entirely new work reflecting upon his experience at the end of the year.

His roving role will involve observing and working with students, nurses, academics and members of the King's College London community; experiencing life in the hospital and meeting patients; composing choral pieces for the Florence Nightingale Memorial Service in Westminster Abbey in June; and creating a songbook for nurses to use in children's wards.

John Browne said: "This is a very different and very exciting opportunity for me. I am being inspired by the people, the buildings and the rituals of the school and its partner hospitals – but most of all by the themes of nursing and care. On the one hand I'll be observing and responding to nursing practice on a very intimate level, and that's very moving, and at the same time I'll be looking at 'Care' as one of the really big themes of our times, and of all times."