The Queen visited Tower Bridge on Wednesday afternoon as part of a day-long tour of the City of London. 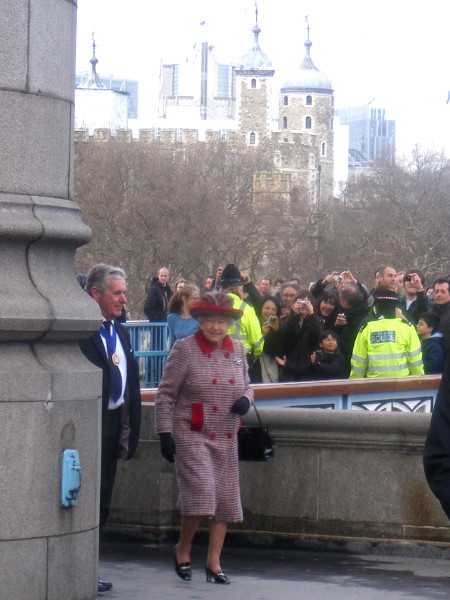 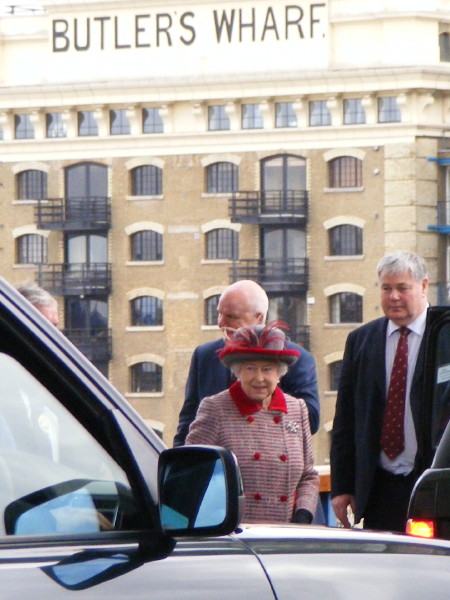 The Queen arrived at Tower Bridge just after 2pm and spent about half an hour touring the high-level walkways.

She was greeted outside the southern tower by the City of London's Chief Commoner Bill Fraser.

During the visit she met people who work on the River Thames.

Plans for the Queen to view the raising of Tower Bridge were abandoned, perhaps because of the traffic congestion in the City caused by a bus crash near London Bridge on Wednesday morning.

The Queen strolled across the central section of the bridge before getting into her car on the northern side. The royal motorcade then headed south down Tower Bridge Road.

Earlier in the day the Queen had visited the RNLI Tower lifeboat station near Waterloo Bridge.

The Tower Bridge Exhibition was closed to the public between 11am and 3pm whilst preparations and security checks for the Queen's visit were made.