A free arts festival is to be staged in the Turbine Hall at Tate Modern in May to celebrate the gallery's tenth birthday. 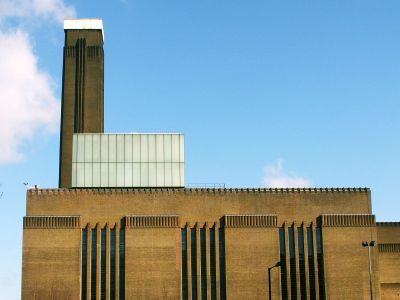 More than 45 million visitors have passed through the gallery's doors since it first opened to the public on 12 May 2000, the day after the Queen visited Bankside for the official opening.

On Tate Modern's birthday there will be a special morning procession from Borough Market to the gallery featuring 300 local children, a band and cakes which are inspired by the building. Visitors will be invited to enjoy a slice of the birthday cakes on the day.

Tate is also asking the public for their memories of Tate Modern over the last ten years. These will be used in a film that will tell the public's story about the gallery. Stories, pictures and film clips will be gathered via Tate's blog, Flickr group, Facebook, Twitter and on YouTube.

Tate Modern will stage a major free arts festival, No Soul For Sale – A Festival of Independents, in the Turbine Hall from Friday 14 to Sunday 16 May.

Tate, working in collaboration with artist Maurizio Cattelan and curators Cecilia Alemani and Massimiliano Gioni, has invited 50 independent art spaces and collectives from Shanghai to Prague to create unique projects for this global arts festival.

No Soul For Sale will fill the Turbine Hall for three days with an eclectic mix of cutting-edge arts events, performances, music and film. The gallery will stay open until midnight on Friday 14 and Saturday 15 May for late night events with special guests.

Work is now under way on the project to expand the gallery's exhibition space and visitor facilities. The current building was designed for 2 million visitors a year but receives two and a half times that number.