Tate Modern is marking its 10th anniversary by hosting No Soul For Sale - A Festival of Independents. 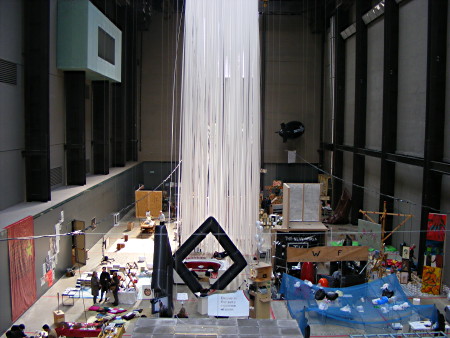 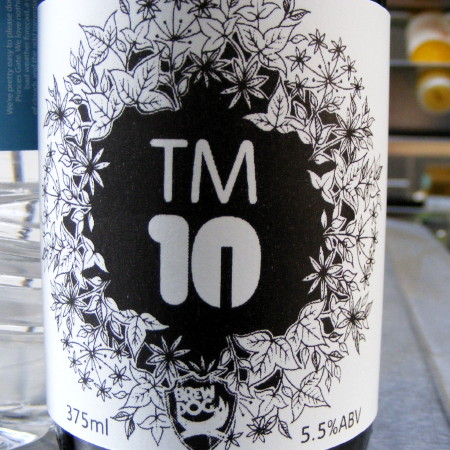 The world's most innovative independent art organisations, from Shanghai to Rio de Janeiro, have been invited to take over the Turbine Hall for the weekend with a mix of cutting-edge art works.

Barbur, a non profit gallery in Jerusalem, is staging a Barbur bazaar with artists working on site surrounded by local carving and trinkets.

They are opposite the Dublin-based Thisnotashop installation where a rota of artists must maintain a continuous 'reading'.

Not An Alternative from Brooklyn, which aims to integrate art, activism and technology, has a focus on the recession with a boarded up American house.

A recurring feature is the pile of a paper but not all are just artworks. Some sheets are givaways with essays and short messages.

Refreshments on the Turbine Hall Bridge include a limited edition anniversary beer from BrewDog brewery which has been supplying the Tate for some time. The special brew has a vanilla infusion.

The weekend events include the Bankside Birthday Barrows Parade starting out from the Turbine Hall on Saturday and the Bankside Views event to thank the SE1 community on Sunday afternoon.

Earlier in the week children from local schools took part in a birthday procession from Borough Market to Tate Modern followed by a cake-cutting ceremony in the Turbine Hall.