29-year-old Rafal Piotr Smucz has been jailed indefinitely following his conviction for rape. 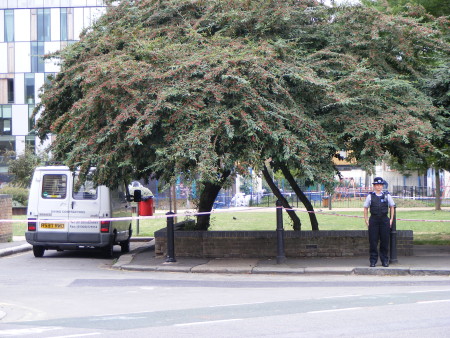 Rafal Piotr Smucz of no fixed address was sentenced at Inner London Crown Court on Friday 21 May following his conviction for rape.

He was jailed indefinitely and ordered to serve a minimum of 6 years.

On Tuesday 25 August the 17-year-old victim, who suffers from severe learning difficulties, went to Mint Street Park in Borough at about 7pm. It was here that she was approached by Smucz who forced her to the ground and raped her.

Several members of the public came forward and assisted police in their investigation, including a 13-year-old boy who raised the alarm.

Smucz was arrested whilst sleeping rough in Waterloo on 1 September 2009 and identified as being wanted for the rape.

He was found guilty at the Inner London Crown Court on Wednesday 10 March following an 8-day trial.

"He attacked a vulnerable young woman in broad daylight and denied his actions throughout trial. I am relieved that he has been removed from the streets."

Detective Chief Inspector David Ainscough said: "This was a disturbing stranger attack. It is a credit to the witnesses who raised the alarm and assisted police throughout the investigation that this man was caught and the dedication of officers who worked tirelessly to ensure Smucz would be convicted despite denying this offence."