Sir Hugh Taylor, currently permanent secretary at the Department of Health, is to succeed Patricia Moberly as chairman of the NHS Foundation Trust that runs SE1's two hospitals. 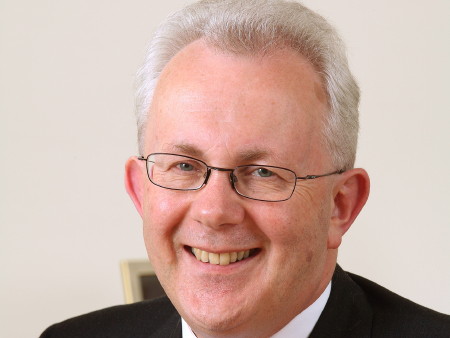 Sir Hugh has held senior roles in the Department of Health and NHS Executive, the Cabinet Office and the Home Office.

Following his retirement from the civil service on 31 July, he will formally take up his appointment as chairman of Guy's and St Thomas' NHS Foundation Trust on 1 February 2011.

"Sir Hugh's appointment is wonderful news for everyone with an interest in the future success of Guy's and St Thomas'," says current chairman Patricia Moberly.

"He will bring a wealth of experience, as well as tremendous personal commitment, energy and enthusiasm, to the role. He has been described as an 'exemplary leader' and has a longstanding track record of working closely with ministers and senior government officials.

"Sir Hugh is a local resident living in Southwark and I know that he has a strong commitment to securing the best possible services for people in South East London and beyond. He is also passionate about our current work to integrate with community services.

"His insight and stewardship will be a huge asset to the organisation – our patients, staff, members and the communities we serve – as we respond to policy changes and the new economic realities we face."

The appointment of the chairman was confirmed at a special meeting of the council of governors on 21 June.

The council of governors also agreed to extend Patricia Moberly's term of office in advance of Sir Hugh's arrival to ensure leadership and continuity.

Sir Hugh said: "I feel honoured to have the opportunity to serve as chairman of one of the most distinguished NHS Foundation Trusts in the country and I am very much looking forward to taking up my new role and meeting staff, patients, governors and the wider membership, as well as local partners.

"Guy's and St Thomas' has a longstanding reputation for excellence and I am delighted that I will be able to play a part in driving forward the trust's ambitious service, teaching and research agendas, both within the trust itself and as part of King's Health Partners Academic Health Sciences Centre."