Claims that redundancies at Guy's and St Thomas' Hospitals will total 900 this year have been denied by the chairman. 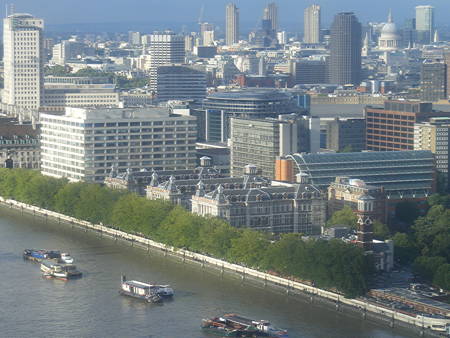 "It's the first I have heard of it and I happen to be chairman of this organisation. So I think we can bury that today," said Patricia Moberly.

"We are not talking about 900 redundancies," insisted chief executive Ron Kerr. "But you are right to reflect that we do live in difficult financial times and we expect those financial times to get tougher."

After outlining a policy of careful spending, he added: "There may come a point where we do owe it to our staff and community to be clear about what financial implications are.

"The NHS does require a level of growth every year to deal with demography and our ability to do exciting things."

Earlier sustainability manager Alexandra Hammond, who had reported on energy and money saving measures, said that twenty per cent of purchasing by the two hospitals was with suppliers in either Lambeth or Southwark.

In response to allegations about patients being discharged to their homes in Waterloo without proper aftercare, Patricia Moberly apologised for a failure in procedures and announced that new safeguards had already been put in place.

During the 90 minute meeting attended by over a hundred members it was revealed that consideration was being given to having one of the new catering outlets at St Thomas' open 24 hours. Before the meeting a petition was presented calling for the Shepherd Hall restaurant to remain open in the evening in addition to a proposed early morning breakfast hours.