The Evelina Children's Hospital in Lambeth Palace Road is to be given greater autonomy within the Guy's and St Thomas' NHS Foundation Trust. Stanley Fink has been appointed as the hospital's first president. 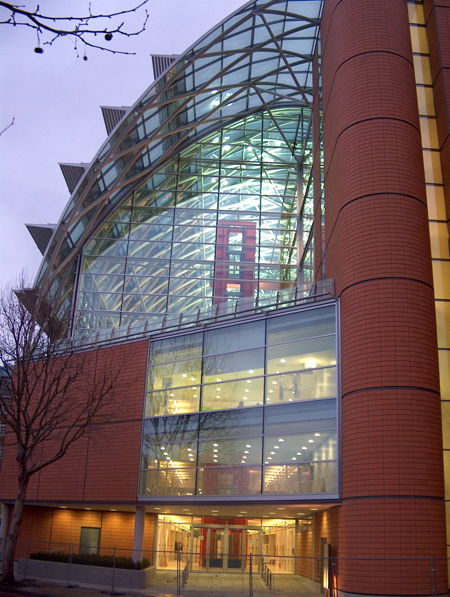 Stanley is chief executive of ISAM and was previously group CEO of Man Group plc.

Named last month as a new Conservative working peer, he is also the party's lead treasurer.

Until October he was chair of Ark, the hedge fund charity that sponsors the Globe Academy and Walworth Academy.

Fink was chairman of the appeal committee which raised more than £10 million for the children's hospital as it prepared to move from Guy's Hospital to a landmark new building at St Thomas' Hospital in October 2005.

The trust says that in his new role as president, Fink will be a champion and ambassador for the Evelina and will be involved in a broad range of activities on behalf of children's services which will extend beyond fundraising.

"I was honoured to be asked to take on this role and I'm extremely excited by the opportunities it offers," says Stanley Fink.

"In the Evelina we have extraordinary, talented and compassionate staff, as well as a fantastic building which recently celebrated its fifth birthday.

"The Evelina is still one of London's best kept secrets – and we need to change that."

The trust says that it will give the children's hospital greater autonomy, allowing it to better reflect its status as both a local hospital and also major provider of specialist tertiary services.

"I am absolutely delighted that Stanley has agreed to take on this very important role," says trust chairman Patricia Moberly.

"The Evelina has no greater friend than Stanley and we will benefit hugely from his wisdom and wise counsel.

"I know that he will be an exceptional ambassador and we are honoured that he has agreed to continue to support and work with us."