Entries in a design competition to create a new cancer treatment centre at Guy's Hospital have been on public display this month. 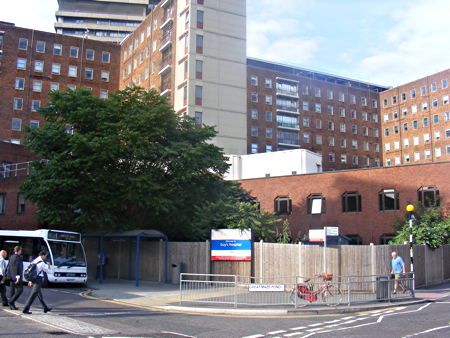 Guy's and St Thomas' NHS Foundation Trust is holding a design competition in conjunction with the Royal Institute of British Architects (RIBA) to select the best design team to develop the new centre.

Plans have been displayed at the Southwark Council offices in Tooley Street, Peckham Library, St Thomas' Hospital and currently at Guy's Hospital itself.

The six shortlisted design teams have come up with proposals for a new building at the corner of Snowsfields and Great Maze Pond.

The development is intended to bring together most of Guy's and St Thomas' cancer treatment services in a single location.

The treatment centre would be the first stage of a longer-term redevelopment of that part of the Guy's site to include mixed-use (ie non-hospital) developments on part of the campus towards Weston Street.

All six proposals are displayed anonymously and members of the public are invited to comment on the various concepts.

The schemes take account of the remains of the Roman boat which is located beneath the site. Some teams have proposed to leave it in situ, others to relocate it and put it on public display.

The Roman boat was added to English Heritage's Heritage at Risk register published earlier this month.

Proposal A is for a 14-storey building with atriums, divided into a series of three-storey 'villages'. There is a potential for a new park to the south of Guy's Tower.

Scheme B would put the Roman boat in a glazed winter garden as part of a treatment centre designed to be 'a beacon to uplift the spirits'.

Proposal C is for a 'healing garden' influenced by the Eden Project. Gardens would be mechanically lowered for tending.

Proposal D also has a garden theme and isdescribed as a 'building as a tree' with a rooftop herb garden.

The architects behind scheme E envisage their 9-storey treatment centre as a 'great piece of civic design'.

Proposal F involves the relocation of the Roman boat away from the site for possible preservation as part of the nearby Guy's memorial garden.