Bigger buses for route C10 - what are your views?

Transport for London is proposing to introduce larger buses on route C10 next March when Abellio London takes over from current operator Go-Ahead London Central. 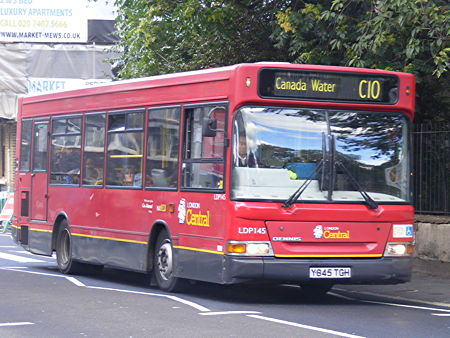 Route C10, which follows a winding route through SE1 as it travels between Victoria and Canada Water, was named last year as the second most complained about bus route in the capital.

Transport for London has awarded a new contract to operate the route to Abellio London, the bus division of Nederlandse Spoorwegen, the state-owned Dutch railway company.

The C10 currently uses single deck vehicles with capacity for 45 pasengers which, unlike most buses used in central London, only have one door for passengers to board and alight.

Passengers have regularly complained about overcrowding and poor time-keeping.

Transport for London is proposing to introduce larger buses, which can carry 55 passengers and have separate doors for boarding and alighting, when the new contract starts in March 2011.

TfL says that the use of the larger buses will require some highway works at the Victoria end of the route which are currently under discussion with Westminster City Council.

However, TfL says that the bigger vehicles will do away with the need for extra peak-hour buses between Canada Water and Elephant & Castle and these will be withdrawn when the new operator takes over.

London Assembly member Val Shawcross has been pressing TfL to improve bus services in the Bermondsey area for some time. She would like to know what SE1 readers think of the proposed changes to the C10 route. She can be contacted at [email protected] or you can share your views in the SE1 forum.

What do you think of TfL's proposals for the C10?