Lambeth Police officers are running a police station in a log cabin on the South Bank during this year's Cologne Christmas Market. 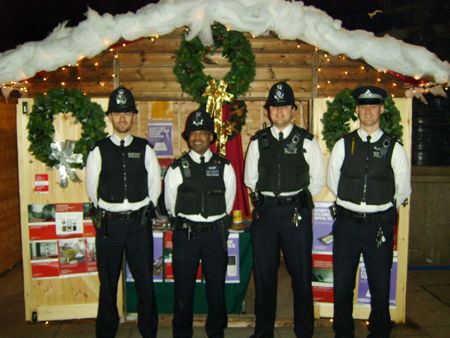 The South Bank in Lambeth now has its own police team of a sergeant and four constables in addition to the Bishop's ward safer neighbourhood team.

During the Cologne Christmas Market, which runs until 23 December, the team will be staffing their own log cabin underneath Hungerford Bridge and patrolling the area in and around the market.

The team will be offering general crime prevention and counter-terrorism advice as well as providing security marking for bicycles.

"This is an ideal opportunity for the local community to come and meet their designated team," says Sergeant Paul Neal.

"The crime prevention advice we are giving out is freely available to all."