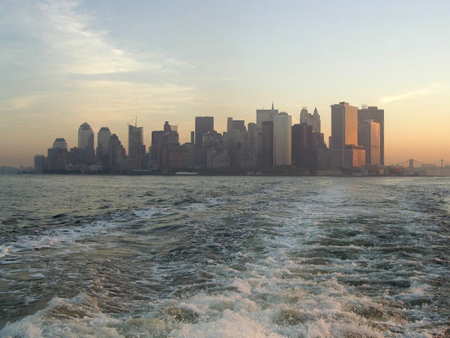 Photo by Endlisnis is reproduced under a Creative Commons licence

Tate Modern hosted a half-day conference on Thursday to review the achievements of the Bankside Logistics Group in coordinating £4 billion of regeneration projects at Bankside and London Bridge since 2008, and to learn from best practise developed by a similar organisation, the Lower Manhattan Construction Command Center, in managing more than $20 billion+ of construction in Manhattan New York since 2004.

During the live transatlantic link-up participants were able to share experiences with people working on projects such as the World Trade Center site and Battery Park City.

Last December Better Bankside won the partnership award at the Mayor of London's Business Improvement District Awards in recognition of its work to create the logistics group to foster cooperation between developers, contractors and stakeholders.

"The challenge of coordinating the large scale regeneration projects under construction in Bankside is significant and and it is very useful to exchange ideas with our colleagues in New York, to build upon the recent award for our efforts from the Mayor of London, and look to innovate further in the run up to the Olympics," said Cllr Peter John.