Plans for a multi-utility services company (MUSCo) at Elephant & Castle "had become a fairy tale", Southwark's overview and scrutiny committee was told on Monday night. 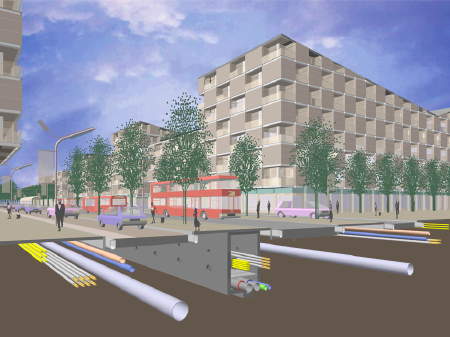 Last month Southwark's Labour cabinet approved a proposal to call off negotiations with Dalkia to establish a mutli-utility services company to provide provide locally generated heat, cooling, electricity and communications for the thousands of additional homes and businesses planned for the Elephant & Castle area.

The decision was 'called in' by opposition Liberal Democrat councillors who said that ending the project was a "massive mistake".

The borough's cross-party overview and scrutiny committee examined the decision at a late-night session at Southwark Town Hall on Monday evening.

The meeting heard from Jim Paterson of Southwark Friends of the Earth who posed a series of questions to councillors about the consequences of the "very disappointing" decision.

"The scheme had been widely recognised throughout the UK as a forward-looking model for urban regeneration, and had been recognised abroad by President Clinton's climate initiative," he said.

"The reality is that we had to end those negotiations because Dalkia has not been able to meet the council's requirements," she said.

"The call-in is based on the underlying false premise that Dalkia were capable of delivering the MUSCo.

"After more than two and a half years of negotiations they have been unable to demonstrate that they have the funding to build a MUSCo or a viable financial model to run it.

"Of 20 of the council's requirements, they were only able to meet four of them and were inadequate on a great many including key issues around finance and funding."

She added: "The MUSCo was not going to happen with Dalkia. We have to call an end to it because we have to get to a real solution. The MUSCo had become a fairy tale and what we are about is delivering real regeneration and real sustainable energy solutions.

"There's a lot of work to do to find that real solution; it may be that what comes out is very much like the MUSCo solution but it's not going to be with Dalkia."

Lib Dem councillor James Barber expressed surprise that Southwark had been unable to conclude a deal with Dalkia given the council's strong relationship with its parent company Veolia.

Cllr Colley explained that all the professional advice she had received was unanimous that terminating the project was the right thing to do.

"We want to get serious about delivering on our environmental goals and persisting with a fantasy project was not helping one little bit," she said.

Cllr Barber also explored the impact of the end of the MUSCo on some of the recently constructed developments at Elephant & Castle which were built with the expectation that they would be connected to the MUSCo when it was launched.

He gave the example of the Strata SE1 tower where he suggested that residents may have paid more for their homes in the expectation of cheaper energy bills once the green energy system was up and running.

Indeed, Strata's own website boasts that once connected to the MUSCo that the tower will achieve a predicted 73.5 per cent reduction in CO2 emissions compared against the current Building Regulations benchmark.

Jon Abbott, the council's project director for the Elephant & Castle regeneration, explained that all the planning permissions were granted on the basis that the new developments would be able to connect to the MUSCo but could not be compelled to do so.

"I get the impression that members of the planning committee would have felt that it was a bit more firm than 'if they fancied connecting' and certainly permission might not have been granted for some of these schemes if it had sounded quite as optional as you are now saying," said Cllr Barber.

"I'm just a little concerned that planning committee members may feel misled by what you are now saying compared to what they were told at the time."

Mr Abbott said that he felt that the situation had been explained adequately to the planning committee at the time.

The overview and scrutiny committee decided to take no further action and the cabinet's decision to end its arrangements with Dalkia can now be implemented.