Southwark Council is poised to sign a three-way co-operation agreement with developers St Modwen and Lend Lease for the refurbishment of the Elephant & Castle Shopping Centre. 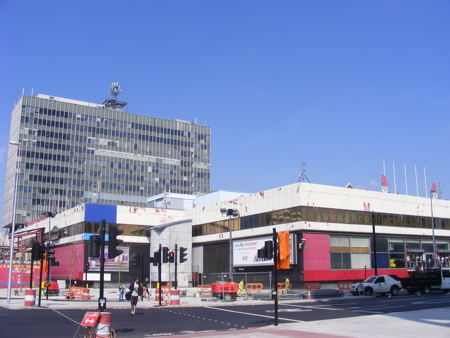 Next Tuesday Southwark's cabinet is due to consider a paper on the refurbishment of the shopping centre.

We reported last month that the long-standing proposal for the demolition of the centre to create a new high street had been replaced by plans to redevelop the existing building to include new shops and homes.

The council's backing for the retention of the core of the existing building marks a significant policy change. Before it won control of the authority a year ago, Southwark Labour had insisted that demolition of the centre was a prerequisite for the Elephant & Castle regeneration.

"There can be no doubt that the regeneration of the Elephant & Castle Shopping Centre is absolutely central to the transformation needed in the area," says Cllr Fiona Colley, Southwark's cabinet member for regeneration.

"That's why the regeneration agreement we signed last year with Lend Lease covered both the Heygate Estate area and the shopping centre.

"However, neither Southwark Council nor Lend Lease own the shopping centre and so this agreement was always dependent on either reaching agreement with the owners of the centre or, as a fall back, a long and costly compulsory purchase process.

"These agreements will enable us as principal land owners to move the regeneration of Elephant & Castle forward in partnership.

"This agreement is a major step to accelerate the transformation of the shopping centre, which could now happen within the next few years, rather than towards the end of the 15 year regeneration process which could otherwise have been the case.

"The current preferred approach involves retaining the core of the existing structure, but extending the buildings to provide additional high quality retail and residential space. The rebuilt centre would be unrecognisable compared to the current, much derided, buildings."

The council says that St Modwen will take responsibility for redeveloping the shopping centre – and will retain ownership of the site – allowing Lend Lease to concentrate on developing the Heygate Estate land.

The report prepared for next week's cabinet meeting says that St Modwen is planning a "significant extension of the existing building not only onto adjacent land which will create opportunity to substantially improve the nature and quality of the retail accommodation, but also into the air space immediately above to create modern residential units within a number of new buildings".

The cabinet is also expected to agree in principle to the sale of the pavements along the northern and western side of the shopping centre site to St Modwen to enable them to redevelop the whole site.

Opposition councillors have been swift to condemn the Labour cabinet's approach to the shopping centre site.

"Instead of knocking the shopping centre down and starting again they have opted to tack on a half-baked extention and give the rest of it a lick of paint.

"It's a wasted opportunity from a Labour council that simply couldn't care less about this area and the people who live here."

Cllr Paul Noblet, deputy leader of the Southwark Liberal Democrat group, said: "The council is ignoring everything residents have told them for the last decade, and is not even bothering to involve local people in drawing up the plans for their shopping centre.

"This is yet another broken promise from Labour who on past performance will probably even fail to secure a decent price for the council's land."