New stores on the site of the Elephant & Castle Shopping Centre could be open for business in 2018, according to the company which bought the site last week for £80 million. 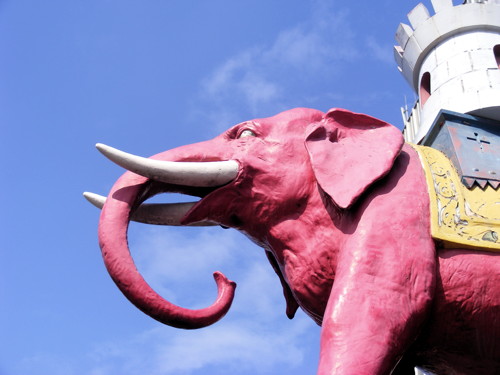 On the same day that the £80 million sale of Elephant & Castle Shopping Centre by St Modwen and Salhia Real Estate to Delancey and APG was announced, representatives of the new owners came to Southwark Council's overview and scrutiny committee to discuss their plans for the complex.

At Monday night's meeting Delancey's Stafford Lancaster gave an outline of the company's plans to redevelop the 3.5-acre site with a "broadly similar" amount of retail space to the current centre and a "significant residential element".

Mr Lancaster told councillors that the company hoped to submit a planning application during 2014 with a decision expected in early 2015. The retail element would be likely to be up and running within three years but the proposed new homes could take longer to complete.

"We've got the financial wherewithal to get on with it," he said. Delancey's partner APG manages most of the public sector pension funds in the Netherlands.

Mr Lancaster emphasised that the current building will be demolished: "We absolutely see this as a redevelopment and not a refurbishment," he said.

Chris Geaves, chief executive of Sovereign Land – the company appointed by APG and Delancey to manage the development – said: "It isn't just a shopping centre; it's a shopping place.

"It's not going to be your normal boring environment that you see all over the country with the same names. The trick is to provide the points of difference.

"Retailing is changing rapidly and this site is a very interesting opportunity to satisfy that."

Mr Lancaster added: "The exciting challenge for us is to create a retail centre that's not just the same as everything else."

The proposed new homes will mostly be offered for private rent, but Mr Lancaster insisted they would be offered at "price points relevant to average Londoners on average earnings".

He hinted that the company would be seeking to argue for an exemption from the 35 per cent affordable housing quota set out in planning policy: "We expect to have a robust discussion but a sensible and fair one," he said.

Mr Lancaster described the recently agreed funding package for the remodelling of the northern roundabout and Northern line tube station as "a great incentive for us to come and invest here".

"Our view is that the Northern line station should be an integral part of this scheme. We don't see it being stuck to one side; we think that would be a missed opportunity to create a key connection.

"Integration with the mainline station is also very important."

Asked whether Delancey would incorporate the Latin American community in its plans for the centre, Mr Lancaster stressed the need to create a viable scheme but said: "Why wouldn't you design a project and think of a tenant mix that caters to an obvious local market? It's a win-win."

Committee chair Cllr Catherine Bowman reminded the centre's new owners of their obligations to their existing tenants: "You've inherited a community of traders and shop owners who are very anxious about what's happening and what the future means for then," she said.

Cllr Bowman said that traders would welcome the greater clarity about the future of the centre provided by the Delancey purchase but would be concerned that they would be pushed out.

The committee heard from Paulette Simpson of the Jamaica National Building Society which has its UK headquarters in the shopping centre who complained of a lack of information about the future of the building.

She reminded the meeting that as well as being a focal point for the Latin American community, the shopping centre is also a "Caribbean stronghold".

"We are anxious that we won't be moved out of the area," she said, pointing out that Elephant & Castle is a convenient location for many of Southwark's Caribbean communities to reach.

A representative of the Latin American traders in the area urged the developer to make sure that their businesses can continue to operate locally.

Academic Patria Romana highlighted the centre's role as a Latin American community meeting point as well as a place for doing business.

• Mr Lancaster also dropped a hint that Delancey might be on the verge of ditching the controversial Tribeca Square name for its development to the east of the shopping centre site.