The 15th annual Thames Festival brought thousands of visitors to the South Bank and Bankside this weekend. 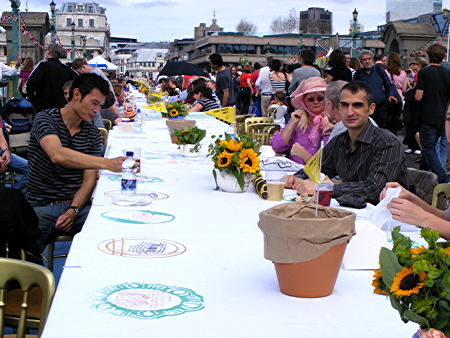 Feast on the Bridge 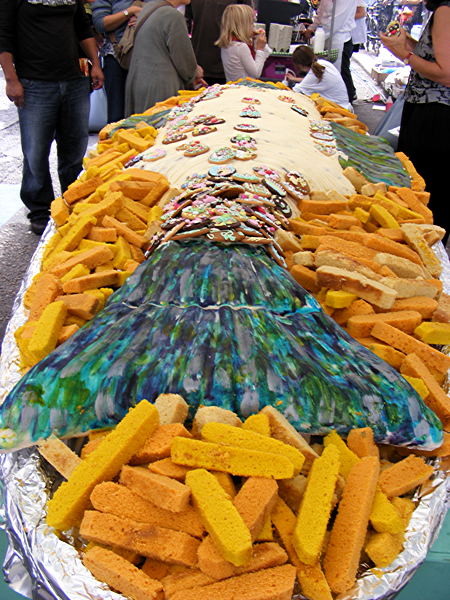 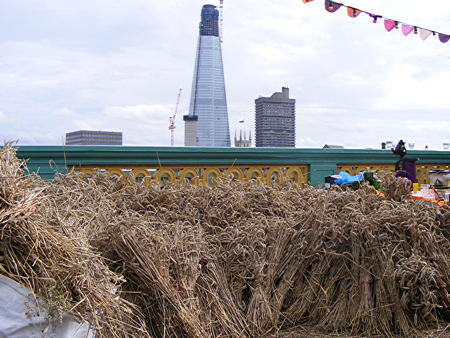 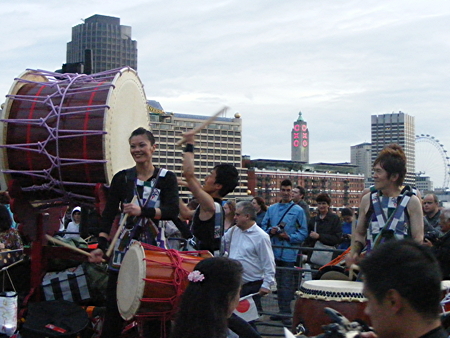 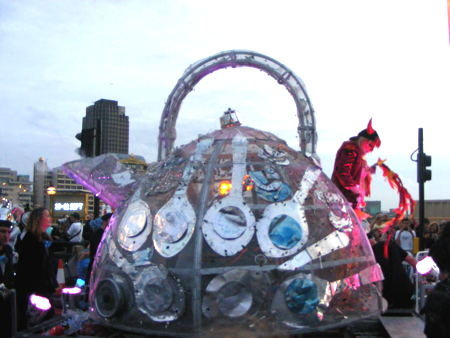 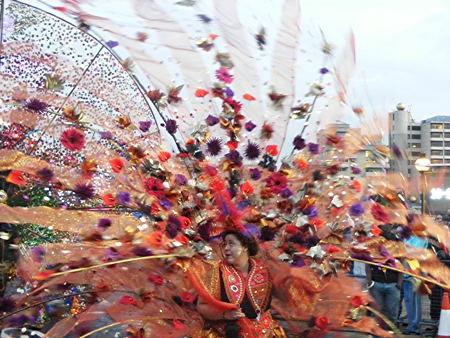 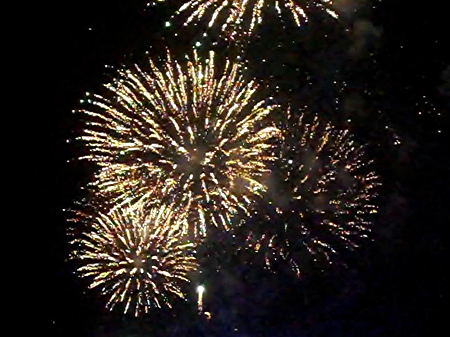 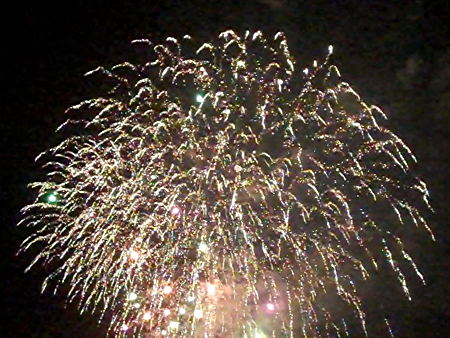 This year the festival stretched from the Hungerford Coach Park in the west to Potters Fields Park and St Katharine Dock in the east. Innovations for 2011 included a new cluster of street food vendors on Bankside close to Tate Modern.

Saturday's highlights included the now well-established 'Feast on the Bridge' with Southwark Bridge closed to traffic and lined with banqueting tables.

This year's feast had a fish theme and Konditor & Cook baked a giant fish cake to celebrate. The cake took bakers three days to bake and assemble and included more than 1,000 organic eggs and 60kg of butter.

Once young (and not so young) visitors had decorated gingerbread scales for the fish, the finished creation was then wheeled into the middle of the bridge, cut up and handed out for free to festival-goers.

This year's night carnival on Sunday evening formed up on Upper Ground and crossed Blackfriars Bridge from south to north in a change to the traditional route.

On Sunday evening large crowds eagerly anticipated the festival's fireworks finale which started more than 20 minutes late – but the assembled spectators enjoyed an unexpected glimpse of a BBC Radio 2 fireworks display from Hyde Park which helped to fill the gap.

Next year The Mayor's Thames Festival will be held earlier than usual – on 8 and 9 September – to coincide with the end of the Paralympic Games.