The remains of a Roman bath house have been found by Network Rail engineers working on the site at the corner of Borough High Street and London Bridge Street which is being redeveloped as part of the Thameslink Programme. 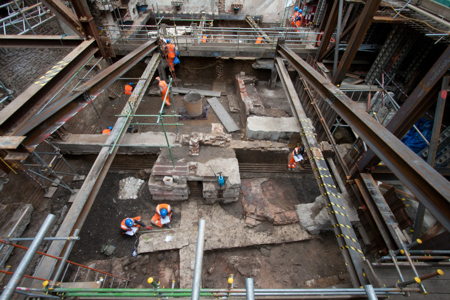 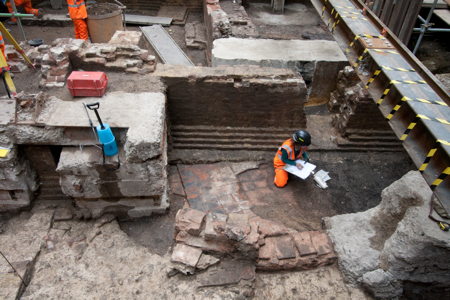 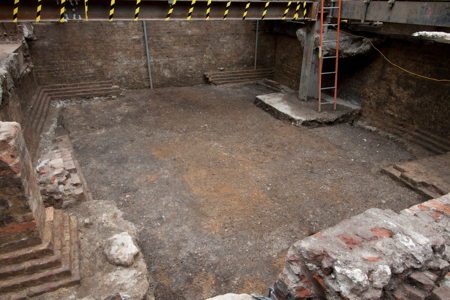 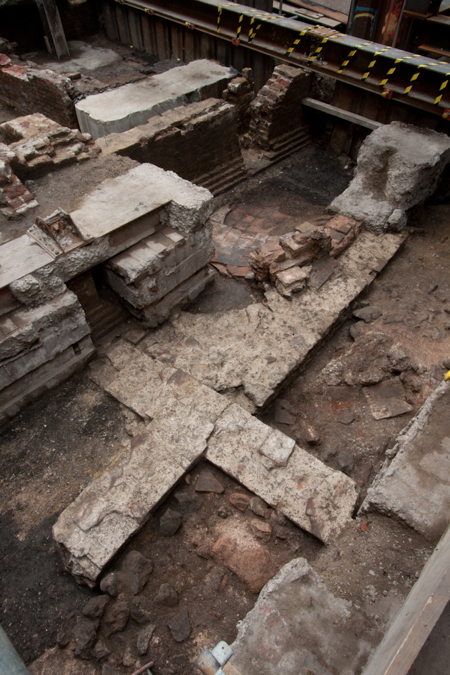 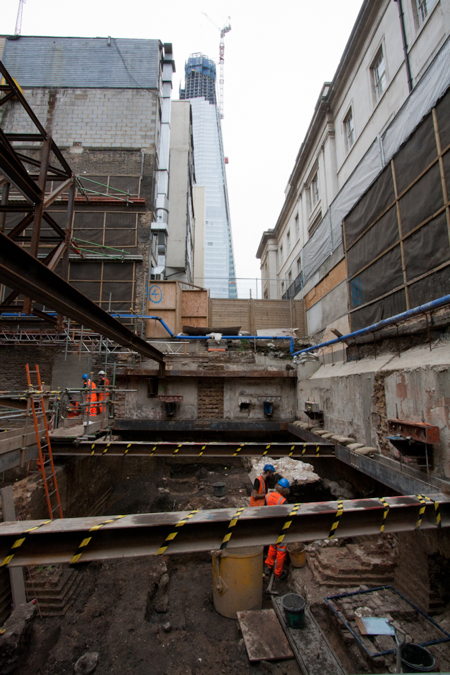 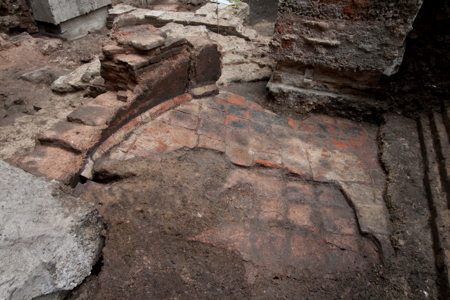 The site, formerly occupied by a fish and chip shop and a nightclub, was cleared to make room for the new railway bridge across Borough High Street which was installed earlier this year. A new office building is planned for the corner site.

Network Rail has commissioned a team of specialist archaeologists from Oxford Archaeology and Pre-Construct Archaeology to excavate the site.

Although work is at an early stage, the bath house appears to include a range of rooms including a cold plunge bath as well as hot rooms warmed by underfloor heating. Elsewhere on the site, substantial walls are thought to belong to the old St Thomas' Hospital which used to be located there.

"This is a significant find and offers a further insight into London's long history," says Chris Place from Network Rail.

"In Roman times the main settlement was on the north bank of the River Thames and was connected to the settlement at Southwark by the first London Bridge. Much archaeological work has been done in Southwark over the years, but we were still surprised to discover ruin of this nature and size."

Network Rail and Southwark Council are exploring ways of preserving the remains beneath the new building to be constructed on the site. Where appropriate, key finds will be deposited with the Museum of London where they will be available for study by the public.

• There have also been significant archaeological discoveries on the adjacent building site for 'The Place'.