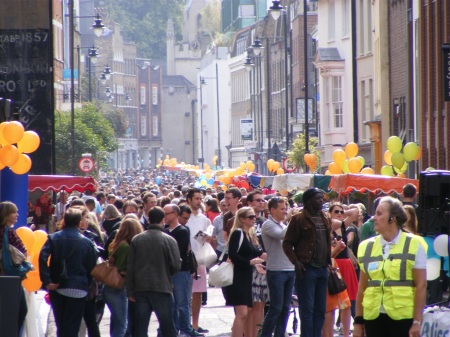 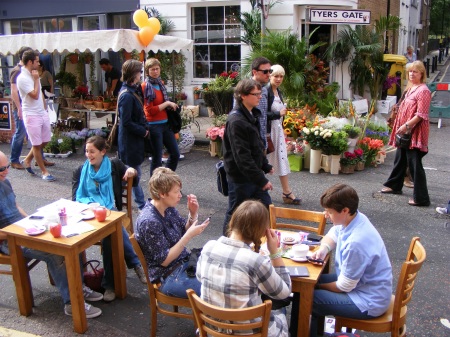 Stalls and tables on the street 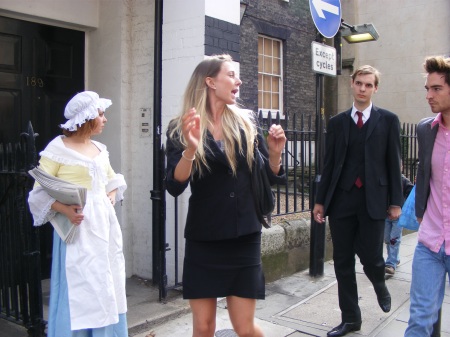 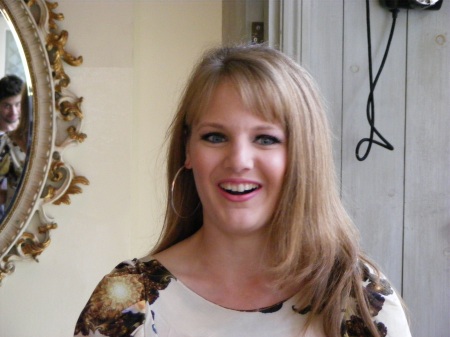 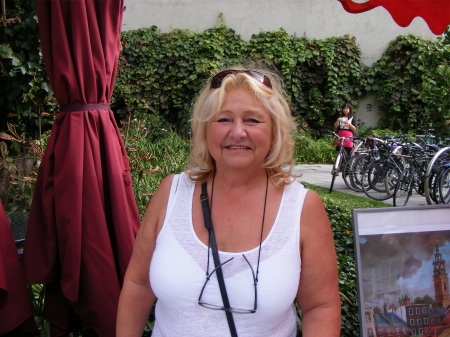 Percy Dobson's daughter Fay on the site of her father's shop 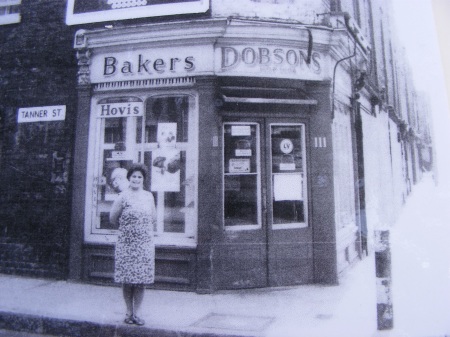 Fay's mother outside the baker's 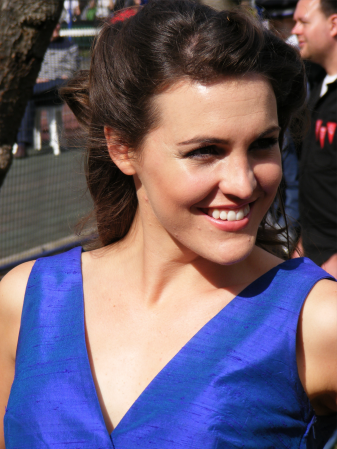 The village fete, now in its fifth year, included such established favourites as the dog show, fashion show and maypole dancing The long street was lined with design and craft stalls highlighting the many creative small businesses in the area.

Between Bermondsey Square and Crucifix Lane there were three performance stages. St Mary Magdalen had its own fair with packed pews for recitals and events in the churchyard including sword dancing.

The Festival opened with a promenade theatre devised by Fire Under The Horizon called A Templar, A Taxman and Thee. It featured Renaud de la Roche (Matthieu Gras), Inspector Edward Abberline (Warren Taylor) and Madeleine (Amy Bell) who each rounded up their own surprised audience to set out in separate directions.

News reporter 'Madeleine' was compiling a report on 'Spring Heeled Jack McAllister', a local tax manager for BermCorp and White Collar Boxing Champion who appeared to have disappeared after allegedly joining a satanic cult.

The action took place first in Bermondsey Street Coffee before moving on to find Nicole (Rebecca Black) in The Garrison. Passers-by nearly intervened when Madeleine was held roughly by Mammon's Mouth (David Mansell) in the railway tunnel.

Meanwhile Bermondsey historian Jennie Howells was on the corner of Tanner Street with Fay who had brought pictures of Dobson's bakery which stood on the site. Her father Percy Dobson ran his bakery on what is now a corner of the park for thirty years from 1950.

The event packed day ended with an outdoor screening of Cabaret in Bermondsey Square.