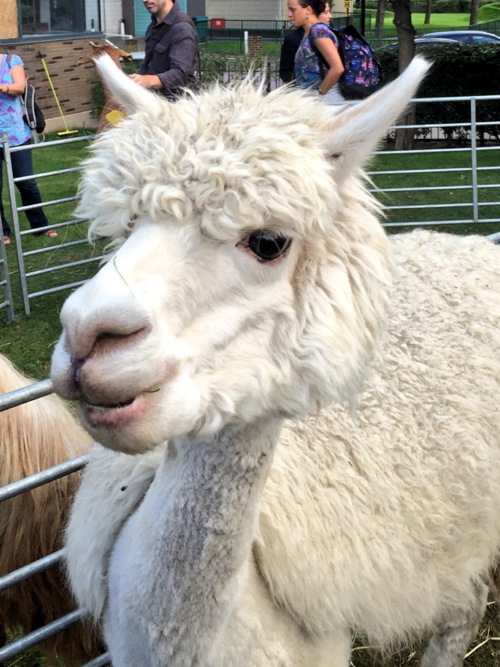 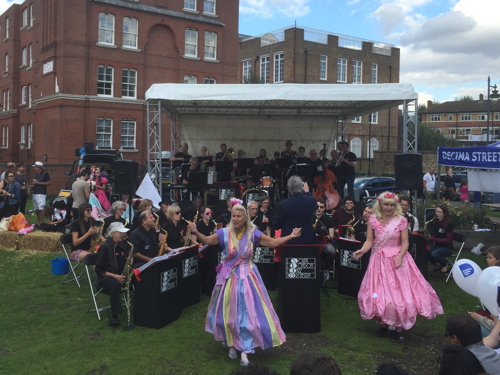 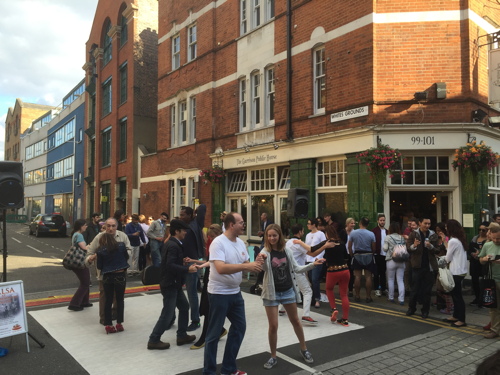 Dancing outside the Garrison

The day's programme included the usual favourites including maypole dancing and the dog show, with new additions for 2015 including a wellbeing area in Leathermarket Gardens.

The Southwark Brewing Company produced a special festival ale which was served in the beer tent in Tanner Street Park.

One high-profile visitor to this year's festival was Sadiq Khan MP, Labour's candidate for Mayor of London, who was passing through SE1 to speak at the Southwark Labour conference in Bermondsey.

The annual September festival was established in 2007 by the Bermondsey Street Area Partnership and the event's organising committee has since been spun off as a standalone community organisation.