The go-ahead has been given for a major modernisation of a hostel for homeless people in Great Guildford Street. 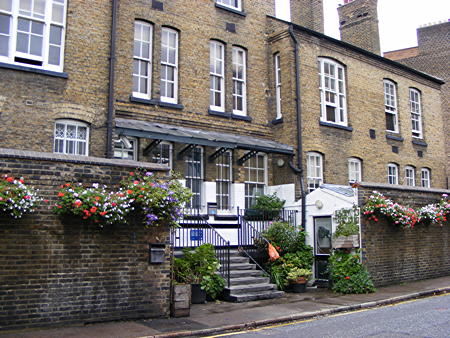 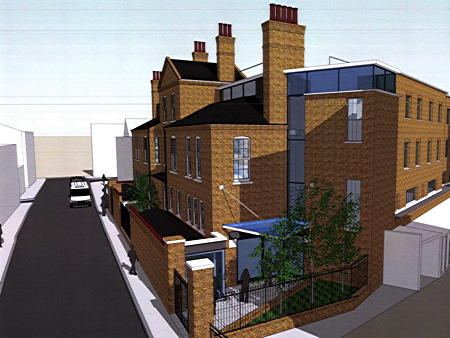 Borough & Bankside Community Council, sitting at the Ability Media Centre in nearby Southwark Bridge Road on Thursday evening, approved the planning application despite objections raised by the Victorian Society and some nearby residents.

96 Great Guildford Street, next to Duthy Hall, was built as a hostel in the 1890s to house "vagrants and drunkards" unfit for admission to the Winchester House workhouse in Southwark Bridge Road. Winchester House is now occupied by the London Fire Brigade.

The government-owned hostel, then known as Lancelot Andrewes House, was leased to homelessness charity St Mungo's in 1995.

The hostel which receives up to 52 residents who stay for between six to eighteen months. The aim is to find both employment and private sector accommodation within this period for each person.

Architects Buller Welsh have proposed the demolition of most of the existing building and the construction of a modern hostel. The facade will be retained but the entrance will be relocated.

The Victorian Society was concerned about the loss of the existing front entrance.

Several residents of the Winchester Estate, on the west and north sides, responded to the consultation by mentioning a tendency for people to gather in the street. Others expressed concern over the development being too dense for the location and fears of noise and light pollution.

The applicant's architect said that the new ground level entrance on a corner of the building had been designed as part of a scheme to discourage any congregating in the street. An interior courtyard was intended as a new area for any outdoor gathering.

"A lot of thought has gone into the design," said Cllr David Noakes who observed that much effort appeared to have been made in mitigating the concerns of Winchester Estate residents.

In a letter, housing cabinet member Cllr Ian Wingfield claimed that the design would reduce the impact of the hostel on its neighbours.

"The redevelopment project will be an asset to the borough and assist in it tackling rough sleeping and homelessness," he said.

The application received unanimous approval from the five councillors.