Articulated buses will no longer be a regular sight on the streets of SE1 now that route 12 has been converted to double decker operation. 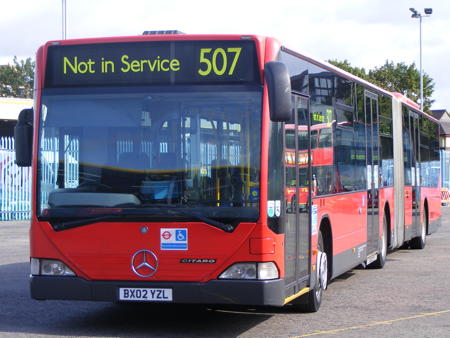 Saturday morning's introduction of new buses on route 12 from Dulwich to Oxford Circus via Elephant & Castle and Westminster Bridge means that the controversial vehicles no longer operate on any routes in SE1.

As the double decker vehicles have a smaller capacity than the bendy buses they are replacing, the route will need 41 new buses at peak times compared to 31 articulated vehicles.

"The end is nearly nigh for the cumbersome bendy bus with the removal of these beasts from another bus route," said Mayor of London Boris Johnson.

"I know Londoners will be as thrilled as I am to see the back of these monstrous machines that block and clog the arteries of the city. Not only this, but post-bendy bus routes see reduced fare evasion and cleaner buses too."

TfL claims that by removing all bendy buses from London's streets there will be an annual saving of more than Ł7 million due to a reduced rate of fare evasion.

However, the Mayor's political opponents have accused him of incurring unnecessary costs by getting rid of vehicles which are still relatively new.

Bendy buses were replaced with conventional vehicles on routes 507 and 521 in July 2009. Route 453 – which serves Old Kent Road – received new buses in September. The three remaining bendy bus routes (29, 207 and 436) are due to be converted by the end of the year.