Last day for some of Waterloo’s bendy buses

Mayor of London Boris Johnson visited the Mandela Way bus depot on Friday to mark the end of bendy buses on the Waterloo-Victoria 507 route. 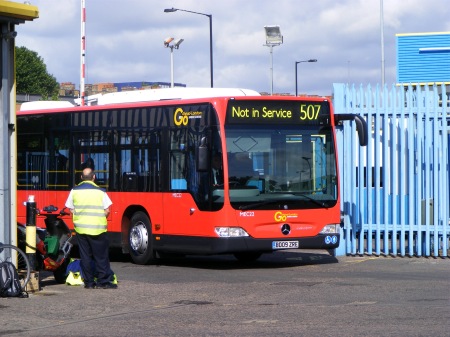 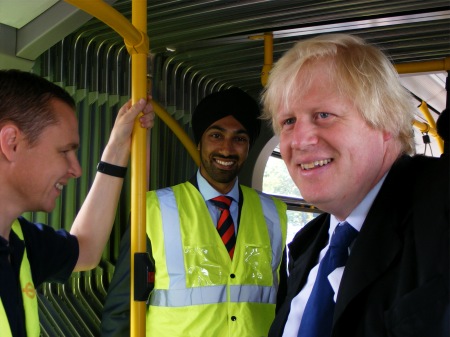 The first of the nine bendy buses being decommissioned was stripped of its Oyster readers and London livery.

"These writhing whales of the road have swung their hefty rear ends round our corners for the final time," declared the Mayor. "Pedrestrians that leapt, cyclists that skidded and drivers that dodged from the path of the 507 will breathe easier this weekend.

"Bendy buses on other routes are on borrowed time and I can confirm they will all have gone by 2011. Engineers will now scrape all traces of the capital from these first nine buses and next week they will be sent back to their spiritual home, an airfield in the Midlands."

The Mayor arrived on board one of the new 12 metre single deck buses which are replacing the bendy buses on the Wateroo-Victoria 507 route.

"This is an historic day London voted for," said the Mayor who added: "It's bad news for those who thought the bendy bus was the free bus. It will be more difficult to get on without paying."

However, London TravelWatch, the official watchdog representing the interests of transport users in and around London, is questioning the need for change.

"We have yet to hear a credible reason for scrapping bendy buses and we are unaware of any evidence that supports it," said chair Sharon Grant. "We do not believe it represents value for money for London's travelling public, especially at a time when Transport for London is short of funds.

"We are still concerned about capacity on the replacement buses, as well as load and dwell times at stops. We will also be keeping a close eye on the potential congestion caused by the extra buses on roads and at bus stops."

The new vehicles on the 507 are non-articulated Mercedes Citaro buses similar to those used on route RV1.

With the introduction of the new buses on Saturday 25 July there will be a daily service instead of the present weekday only service on the 507 route.

The buses used on routes 507 and 521 are based at Waterloo Garage on Cornwall Road.

• The Mayor's Friday morning photo opportunity took place at Go Ahead London's Mandela Way depot which is currently the subject of a planning application to use the site as a base for Westminster City Council's refuse trucks.