The first two 'New Routemasters' or 'Boris buses' to be introduced on route 12 came into public service on Saturday. 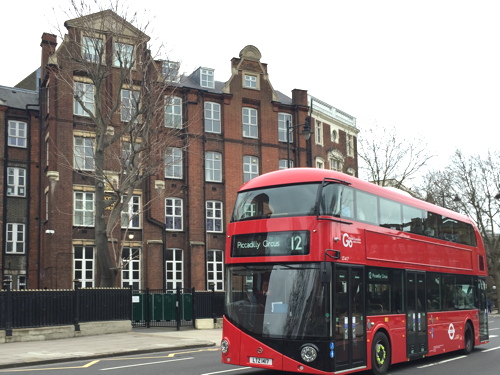 A 'New Routemaster' on route 12 in St George's Road

The new vehicles will be phased into service on route 12 which runs between Oxford Circus and Dulwich over the coming weeks.

Although the open platform was touted as one of the vehicle's most important features, none of the 'Boris bus' routes south of the river have a second crew member, so the doors stay closed between stops.

This December will be the tenth anniversary of the withdrawal of the last old-style open platform Routemasters to operate on daily public service in SE1.