Sophie Dickens, sculptor of the 'Four Evangelists' on temporary show at Southwark Cathedral, has been talking about the work. 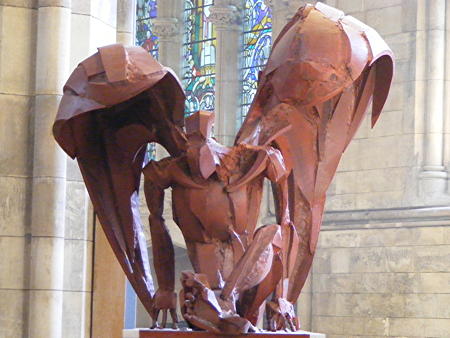 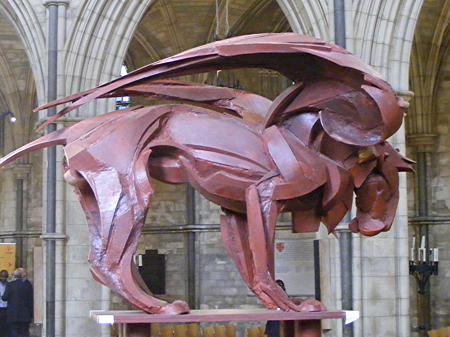 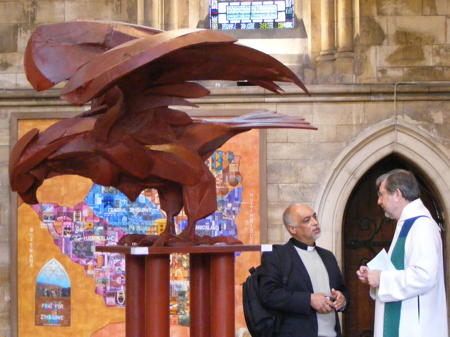 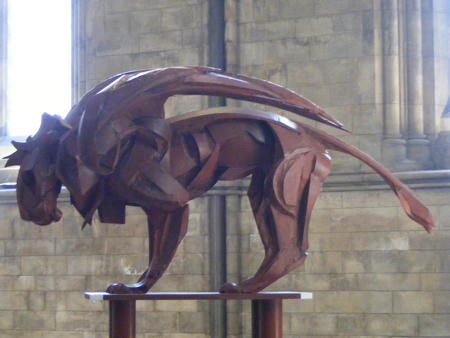 The Bible's four evangelists have long been represented by four symbols: a angel for St Matthew, a lion for St Mark, a winged ox for St Luke and an eagle for St John.

The four works in wood were created in three weeks and depict these ancient symbols in almost life-size dimensions. They were commissioned for the annual arts festival held at St Stephen's Church, Gloucester Road in Kensington, last June.

Speaking to the cathedral's congregation on a recent Sunday morning, Sophie Dickens confessed that her favourite was the bull since she had already made one for a city firm wanting a bull and bear symbol.

She inherited her first band saw at the age of 14 and studied anatomy at the Slade. The last decade has seen her stage more than ten annual exhibitions including one at the Victoria & Albert Museum in 2007 as winner of the Sculpture Prize.

Sophie Dickens is working on a piece for London 2012 to be shown at [email protected] next summer.

• The Four Evangelists are at Southwark Cathedral until Monday 21 November.