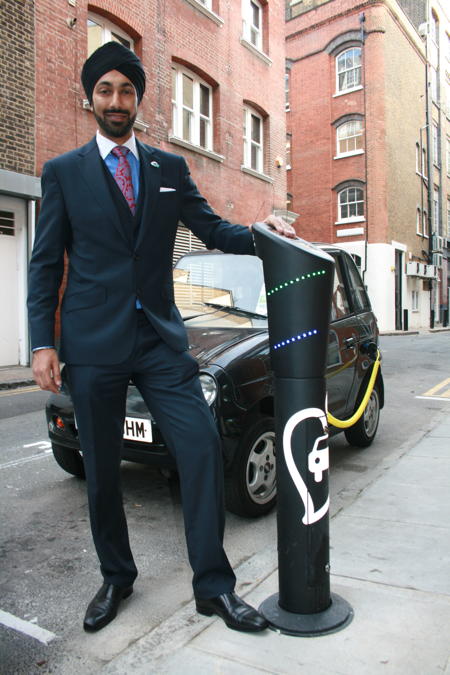 So far more than 230 charging points have been installed in publicly accessible locations throughout the capital. The target is to reach 1,300 by 2013.

"It is great to see the expansion of the city's largest electric vehicle network to now include the first on-street Source London charge points," says Kulveer Ranger, the Mayor of London's director of environment.

"The Mayor is delivering cleaner air for London, encouraging people to use cleaner, greener electric vehicles.

"These new charging points are great. The one I visited this morning was in high demand, helping people in the capital to go electric right in the heart of London's thriving SE1."

Recently Transport for London announced that annual membership of the Source London scheme will cost just £10, with charging free at the point of use.

There are existing Source London charging facilities in the NCP car park at Snowsfields.

Lambeth Council has two charging points in SE1 – in Upper Ground and Concert Hall Approach – but these do not form part of the Source London scheme.