Two 148-year-old cartouches bearing the crest of the London, Chatham and Dover Railway have returned to their home at the southern end of Blackfriars Railway Bridge a year after they were dismantled for restoration as part of the Thameslink scheme. 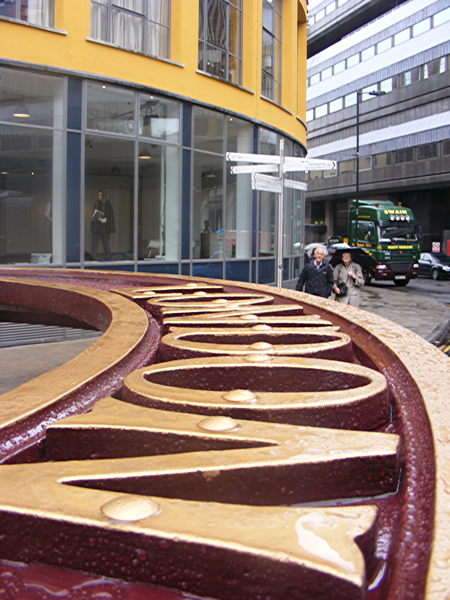 An unusual opportunity to inspect the crests up close. 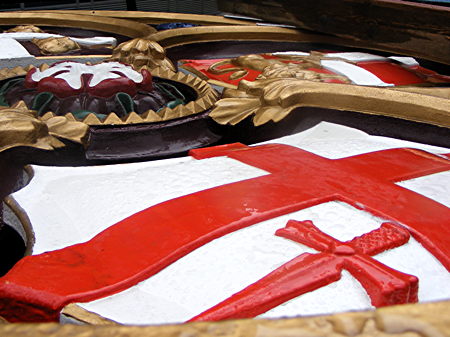 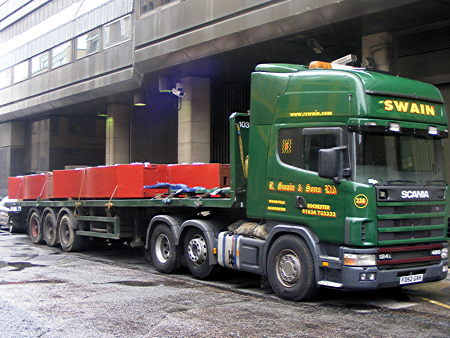 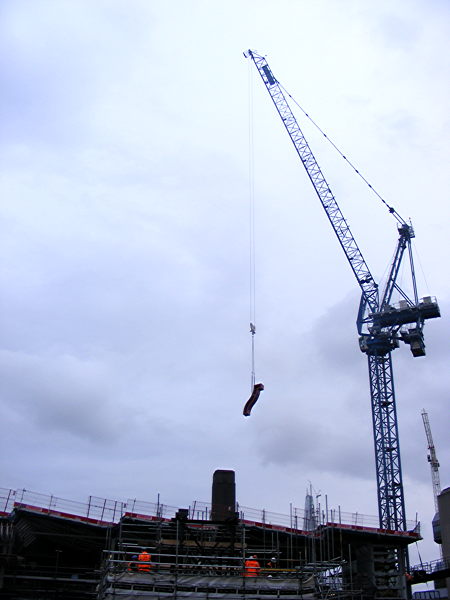 The pieces were lifted into place by a tower crane 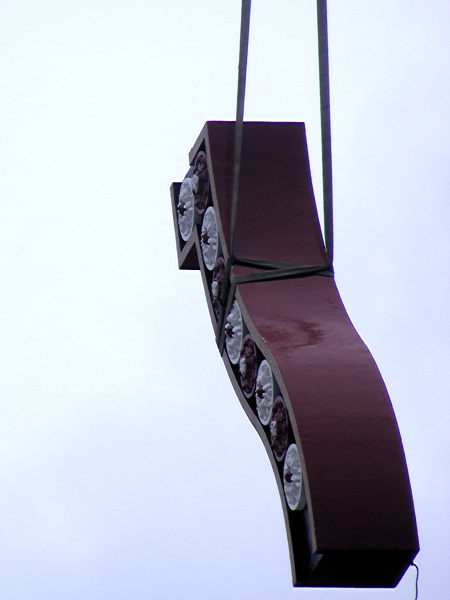 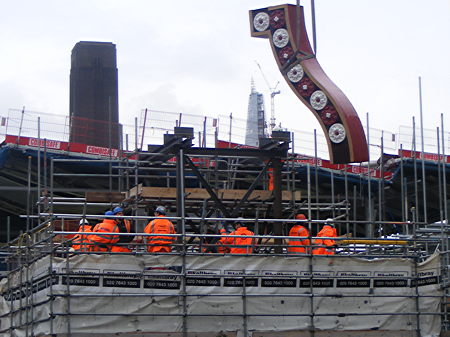 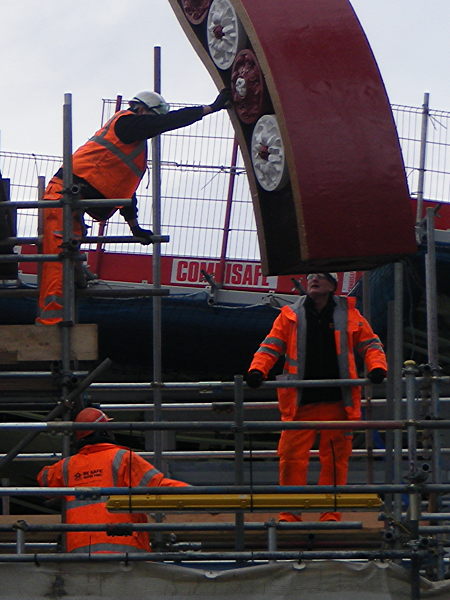 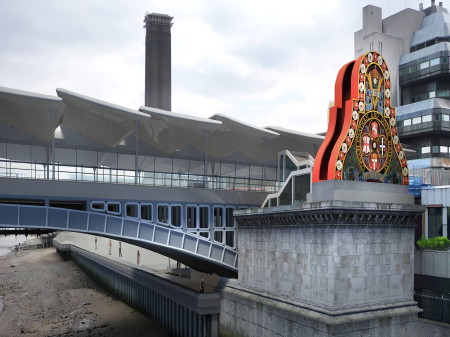 How the cartouches will look when work is completed 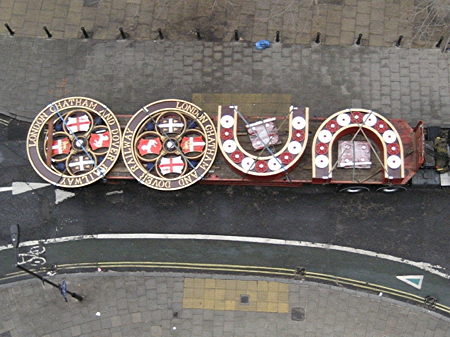 Some of the pieces of the giant construction kit seen on a lorry in Hopton Street. Photo: Christopher Pitt.

The cartouches, which once formed part of the western Blackfriars Railway Bridge that was dismantled in 1985, are being installed back-to-back on the southern abutment of the former bridge.

The eastern crest had to be relocated to make way for the new Bankside entrance to Blackfriars Station.

The cartouches were removed in March last year and taken to Kent for cleaning, restoration and repainting.

On Saturday the two cartouches, in 20 pieces, were delivered to Hopton Street ready for a crane to lift them over the railway tracks and onto the abutment of the old bridge.

The Thames Path under Blackfriars Railway Bridge was closed this weekend to allow the work to take place.

This was the last scheduled weekend closure of the path although night-time closures will continue till mid-April.

From 19 May First Capital Connect's cross-London Thameslink rail service will again serve Blackfriars at night and at weekends, providing a range of new journey opportunities from the Bankside entrance to the station.