Blackfriars Station's new southern ticket hall opened to passengers on Monday morning, making it the only London station with entrances on both banks of the Thames. 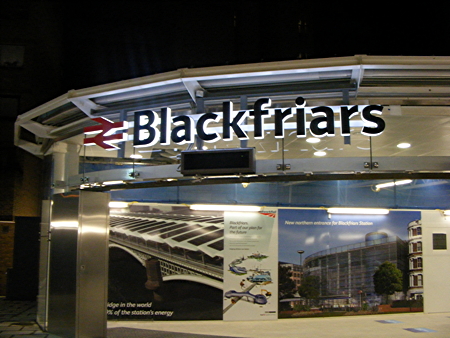 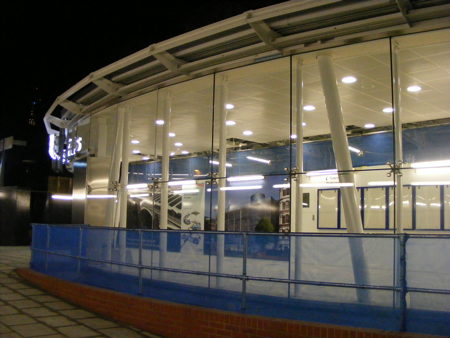 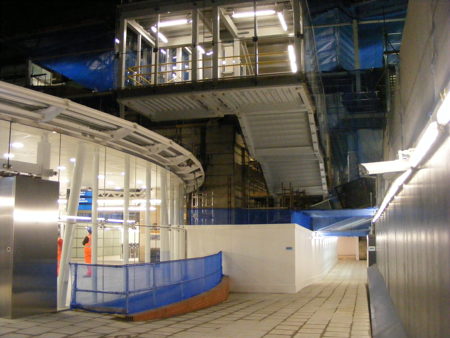 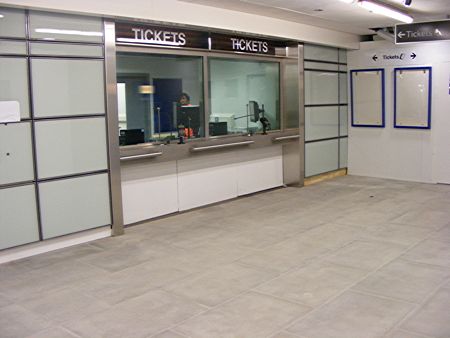 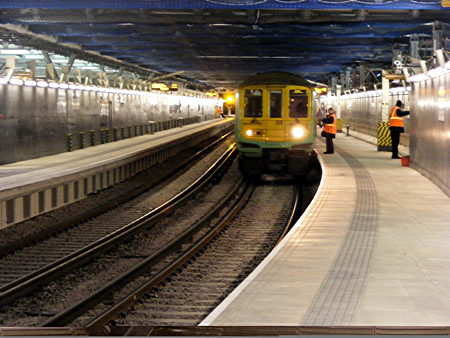 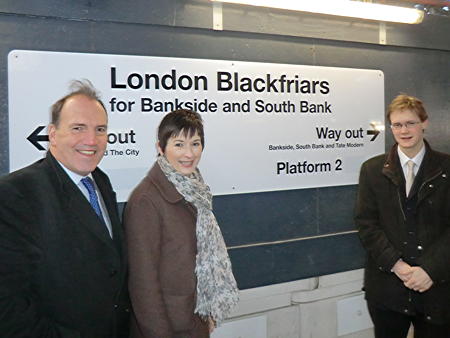 The new ticket hall is on the Thames Path and provides easy access to the South Bank to the west and Bankside to the east.

A handful of Network Rail staff had turned out to witness the station's opening in time for the first train of the day at 5.14am – but few passengers were aware that the new facility was now open.

"It's a fantastic moment to see the south station open after all the hard work that's been put in by Balfour Beatty and Network Rail project team," said Gary Smith from Network Rail.

Project manager Peter Wilson added: "We are very proud. It's been a tough weekend. Fare-paying passengers are now passing through and we're very happy."

The new station entrance includes a ticket office and two ticket machines. When the building work is finished there will be at least one shop or cafe at the station entrance.

Signs on the station platforms carry the words London Blackfriars for Bankside and South Bank following a consultation exercise this summer.

“After a long campaign I am delighted to see the new signs on the platforms which make clear that the new Blackfriars station serves both the south as well the north bank of the Thames," said Simon Hughes MP.

"These new signs will make sure that far more people are aware of the easy access from Blackfriars mainline station to the wide range of important venues on Bankside as well as the South Bank, including the Bankside Gallery, Shakespeare’s Globe theatre, the Tate Modern and the sites of the original Globe and Rose theatres.”

The Thames Path underneath Blackfriars railway bridge, which has been closed for more than two years, also reopened on Monday morning.

Since September 2009 the Thames Path has been diverted via Southwark Street and Hopton Street. Some short-term closures of the path will still be needed but most of the time the direct route along the river is now open again.

Next Monday the first 12-car trains will use the long platforms at the cross-river station and the new north bank station entrance will open too.

However, the reopening of Blackfriars tube station – originally scheduled for this month – has been postponed until Sunday 26 February 2012.

"Our plan to transform Blackfriars station is nearing completion, and over the coming months passengers will begin to reap the benefits including new entrances, a new underground station, a better train service and direct connections to new parts of London including Bankside, Tate Modern and the South Bank," says Lindsay Vamplew, Network Rail's project director for Blackfriars.

"The Blackfriars project is a unique challenge, we're simultaneously building a new Underground station, reconstructing a Victorian rail bridge and creating the first ever station to span the River Thames. While the overall project remains on schedule for completion next summer, we've taken the decision to postpone the opening of the Underground station until February, in order to give us the time we require to complete the job to the highest standard."

When the tube station is open, Oyster card users will be able to use the entrance at Bankside to walk along the mainline platforms to reach the Underground station on the north bank.

There's still much more to do before Blackfriars Station is finished. Work is continuing on the two new terminating platforms on the western side of the bridge. These are due to be completed by the summer railway timetable change in May 2012.

The eastern pavement on Blackfriars Bridge will remain closed for several months while the new station is completed.

In the spring the two London, Chatham and Dover Railway cartouches from the old Blackfriars Railway Bridge will be returned to the abutment just north of Ludgate House.

The rebuilding of Blackfriars Station is part of Network Rail's Thameslink Programme. For now Blackfriars is served by First Capital Connect's Bedford to Brighton trains and a few Southeastern services, but a wider range of destinations will become available as work at London Bridge and elsewhere is completed.

“We might be a few months away from the new train station being fully completed but this is a major milestone and great news for Bankside and the South Bank.”