23 large oil paintings of the remains of the old Blackfriars Railway Bridge are currently on show at the River & Rowing Museum in Henley. 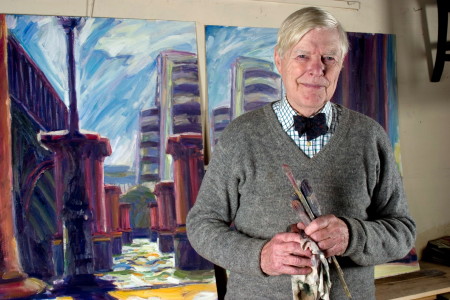 Reflections on a Bridge © Nick Schlee 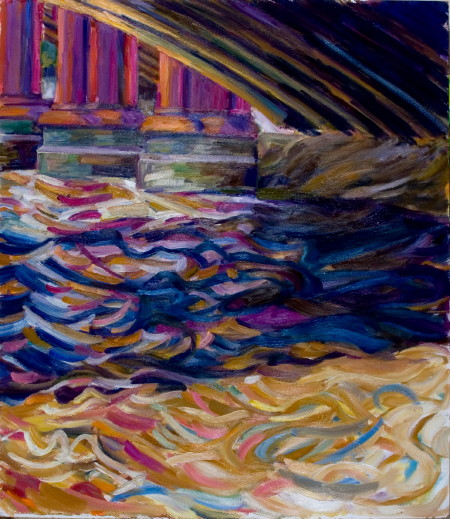 Reflections on a Bridge © Nick Schlee

The exhibition by Berkshire-based artist Nick Schlee focuses on the remains of the original Blackfriars railway bridge built in 1864 for the London, Chatham and Dover Railway.

The 23 large oil paintings include many diptychs, drawing the eye across the Grade II listed structures, a stark reminder of the former glory of the bridge which was dismantled in 1984.

The majestic red pillars are now all that remain – and they are finding new uses as Blackfriars Station is expanded as part of Network Rail's Thameslink Programme.

"I am delighted to be exhibiting at the River & Rowing Museum," says Nick Schlee.

"It is a wonderful space to exhibit Reflections on a Bridge as the majority of the works are painted on a large scale so that when you look at them, you have the feeling that you are actually there on the spot, with me, surrounded by the pillars and the moving waters of the Thames."

• Reflections on a Bridge is at the River & Rowing Museum in Henley on Thames until Sunday 28 February. All works are for sale.