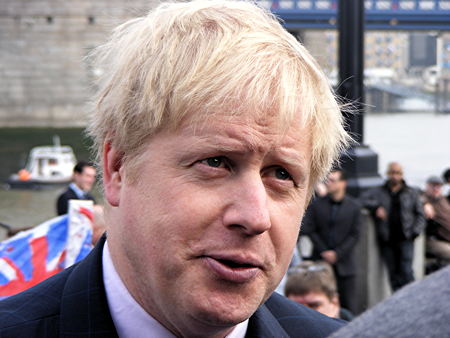 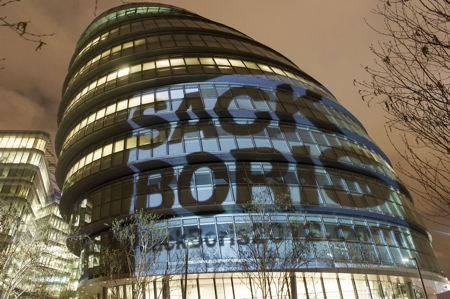 Mr Johnson was besieged by shoppers eager to have their photograph taken with the Mayor.

"This election is about trust and in tough times we must be honest with Londoners about where the money is coming from," said Mr Johnson.

"That is why we have a fully costed, fully funded nine-point plan to continue taking out billions in unnecessary expense.

"Cutting my share of council tax by 10 per cent and putting the money where it is really needed. Getting 1,000 more police out there and now 2,000 more in the Safer Neighbourhood Teams so that we keep driving down crime.

"At the same time investing in crucial transport improvements, automating the Tube so that we can take out cost and hold fares down in an honest and sustainable way.

"Those transport, housing and regeneration investments will together create 200,000 jobs over the next four years.

"Above all I want to stop London from lurching back to the arrogance waste and broken promises of the past. I want to lead London out of recession, get real value from the Olympics and lengthen London's lead as the greatest city on earth."

• Elections for the Mayor of London and London Assembly will be held on Thursday 3 May.

The 'Sack Boris' campaign projected its slogan onto City Hall on Thursday evening.

"It's obvious that Boris isn't working and needs to be sacked by the citizens of London on 3 May," says field manager Matt Hanley.

"He stayed on holiday while parts of London were consumed by riots. His main job – for which he makes Ł250,000 a year, is writing a column for the Daily Telegraph. He said that he'd chair the Metropolitan Police Authority but then after a year, couldn't be bothered any more.

"His rare interventions have mostly been in the service of the wealthy – like when he raised bus fares by 50 per cent to fill the hole left by taking Chelsea out of the congestion charge zone and then called for the end of the 50 per cent upper tax band.

"Boris Johnson's campaign is paid for by massive donations from City millionaires. In contrast, we have got our messages out with the support of the thousands of ordinary Londoners who need a Mayor that will work for them."

Sack Boris is a project of the Common People campaign group backed by the TSSA transport workers union.