Southwark Council's planning committee has agreed to surrender the authority's right to a small office space in the Shard in favour of a commitment from the developer to run a £500,000 employment project. 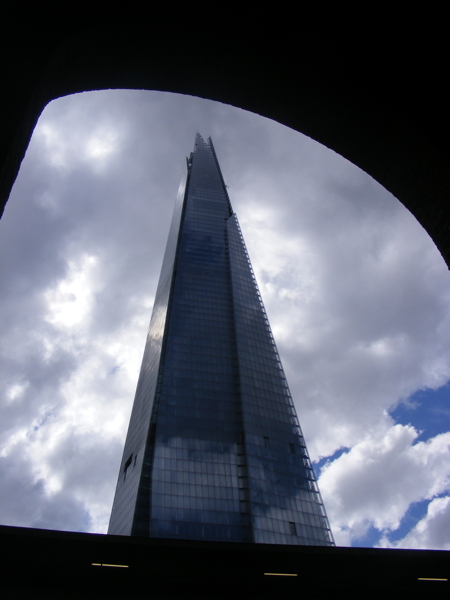 The Shard seen from Hay's Galleria

"The proposal is now to amend the obligation for the developer to provide funding for a project that will target unemployed residents to provide sustained employment within the Shard or the neighbouring development at London Bridge Place," explained planning officer Bridin O'Connor at Tuesday night's meeting.

"As it stands the obligation requires the developer to give space within the building to the council for the council to run an employment project.

"Beyond that the council would have to fund all the additional costs that would be required to run such a project, such as set-up, maintenance, staff and running costs."

Ms O'Connor explained that the Shard section 106 project board, a joint committee of the council and the developers, had decided that the objectives of the original obligation could be better achieved by a project run by the developers from their own offices rather than by the council establishing its own presence in the Shard.

"To ensure that a project of commensurate value to the floorspace will be provided, the council's valuer advised that an amount of Ł500,000 would be appropriate," said Ms O'Connor.

"This was in excess of the amount originally offered by the applicant which was Ł341,000."

The three-year project aims to provide at least six months' employment for a minimum of 300 Southwark residents in the Shard, the Place or other premises negotiated via the scheme. At least one third of the jobs must be in the Shard or the Place.

Hamish McKenzie of Sellar Property Group told the committee: "To simply provide space doesn't do anything towards delivering the outcome that the council and we as a developer share.

"We have set out on this project trying to deliver something that is not just bricks and mortar – or glass in the case of the Shard – but that will really, tangibly affect the lives of people in Southwark.

"One of those aims is to make sure that we offer people who live in Southwark the opportunity of working within this new environment."

Up to 10,000 people are expected to work in the Shard's offices, hotels, restaurants and visitor attractions when the skyscraper is complete.

Mr McKenzie added that the proposed project would link up with the existing Shard Southwark Vocational Programme to provide suitable training for prospective employees.

The proposed variation to the Shard legal agreement was approved unanimously by the planning committee.