Lambeth Council has this week introduced a total ban on alcoholic drinks in both St John's Church Gardens and Ufford Street Recreation Ground in response to complaints about anti-social behaviour. 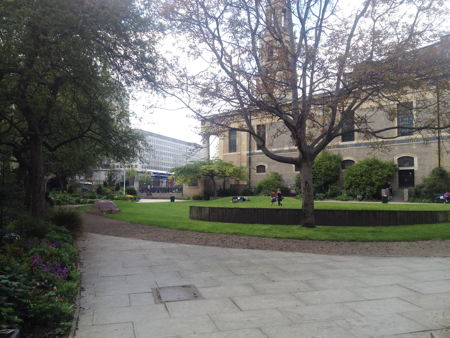 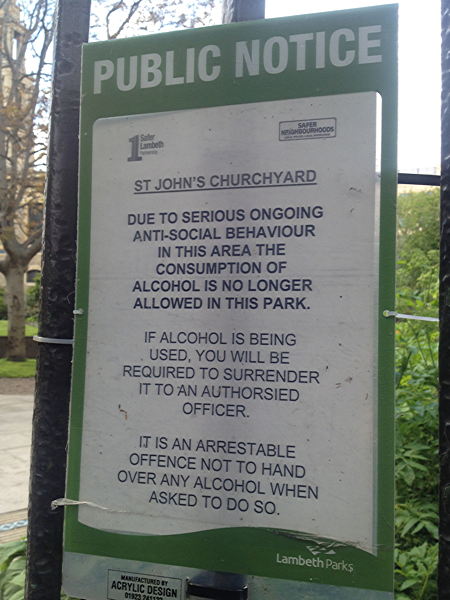 "A complete ban on alcohol is in place at St John's Church Garden because we simply will not tolerate the persistent level of street drinking that is taking place," say Cllr Jack Hopkins, Lambeth's cabinet member for public protection.

"People should be able to enjoy the garden without fear of being intimidated by rowdy and aggressive street drinkers."

The churchyard of St John's Waterloo achieved Green Flag standard in 2010 and retained the honour in 2011.

The complete ban on alcoholic drinks in the two parks – which came into force on Monday – represents a tighter control than the existing controlled drinking zone (CDZ) that covers the whole of the borough of Lambeth.

Cllr Hopkins added: "The controlled drinking zone is designed to help the police, council, and partner agencies get to the heart of the problem of street drinking and tackle anti-social behaviour head-on."

Mike Tuppen of the Octavia Hill Residents' Association, writing on his blog, said: "I am sure that the whole Waterloo community will welcome this ban..."

The association covers the area around Ufford Street Recreation Ground – between Mitre Road and Ufford Street – which has experienced particular problems with alcohol-fuelled anti-social behaviour.

According to signs erected in the two affected gardens, "if alcohol is being used, you will be required to surrender it to an authorised officer".

The notice continues: "It is an arrestable offence not to hand over any alcohol when asked to do so".

As well as police officers, private security guards employed as part of the South Bank Patrol also have powers to help enforce the ban.