Mayor of London Boris Johnson says he stands by his comments that the Elephant & Castle roundabout is "fine" for cyclists. 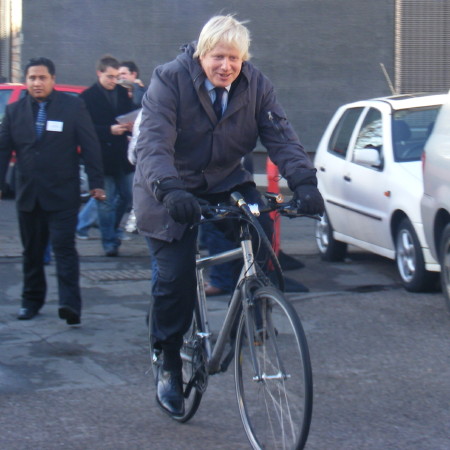 Last November the Mayor told the London Assembly that "if you keep your wits about you, Elephant & Castle is perfectly negotiable" on a bike.

At Mayor's Question Time on Wednesday Lib Dem London Assembly member Caroline Pidgeon asked Mr Johnson whether he would retract his comment in the light of his pledge to adopt the London Cycling Campaign's Love London, Go Dutch principles.

The Mayor replied that he did not regret his remarks.

"The point I was making is that I personally cycle the Elephant & Castle gyratory," he said. "That's what I do.

"If done with due care and attention, it is perfectly negotiable.

"What I want to do is to make sure that every motorist, every taxi driver, every bus driver, every truck driver in London understands that on a gyratory like Elephant & Castle they are going to find cyclists.

"That is a question of continuing the cultural change that has been very considerable already.

"I think bus drivers and taxi drivers are much better than they were 10 years ago in understanding that there are going to be cyclists on the road, but there is further to go.

"In order to keep driving the process on, we will need to keep investing in the roads."

After the meeting Caroline Pidgeon AM said: "The Mayor might have signed up to the London Cycling Campaign Love London, Go Dutch campaign but there is a huge gap between his pledge and actual delivery on the ground.

"Before the election he promised that 500 junctions across London will be reviewed by Transport for London to ensure they are safe for cyclists to use. To date that review has only looked at just 39.

"The Mayor's claim to support the Go Dutch campaign also looks hollow when he still stands by the claim that junctions such as the Elephant & Castle are perfectly negotiable for cycling."

During the election campaign Mr Johnson pledged to "implement three flagship Love London, Go Dutch developments on major streets and/or locations" during his next four-year term.

On Wednesday he confirmed that he is considering Vauxhall Cross and Greenwich for two of these schemes.