Nearly five months after the Elephant & Castle roundabout was reconfigured, new segregated cycle lanes have finally opened at the junction. 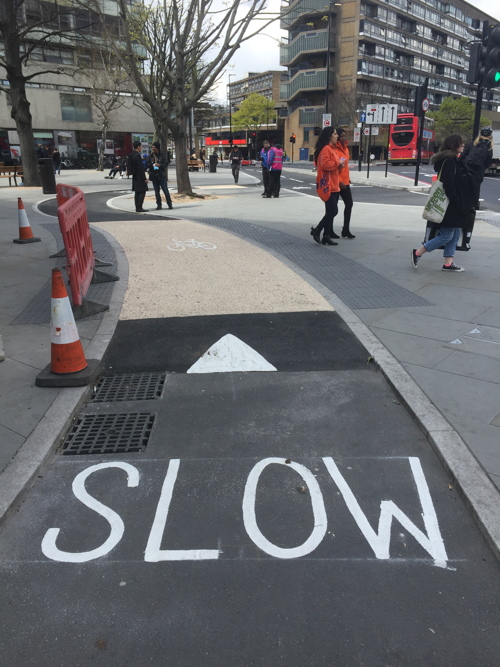 The new northbound track outside the London College of Communication 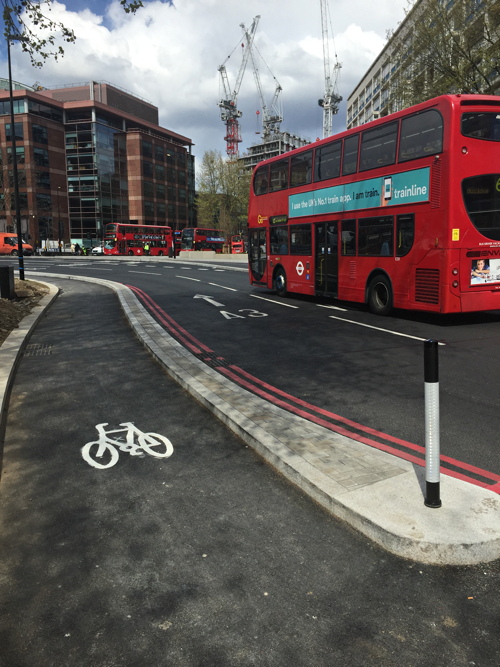 The new lanes opened on Wednesday include an off-road track for northbound cyclists in front of the Metropolitan Tabernacle and London College of Communication which connects with cycle superhighway 6 in St George's Road.

Some of the cycle facilities are still incomplete, including the new east-west cycle crossing near the Northern line tube station.

There are several 'shared use' areas in the new paved square that has replaced the roundabout and Transport for London has urged cyclists to behave responsibly.

The introduction of segregated bike lanes at the Elephant & Castle – just a week before Mayor of London Boris Johnson leaves office – demonstrates how far City Hall's attitude to cycle infrastructure has shifted since the Mayor's infamous comments about the old gyratory system in 2011.

Mr Johnson told the London Assembly: "If you keep your wits about you, Elephant & Castle is perfectly negotiable."

What do you think of the new bike lanes?