Mayor questioned on access to More London for Jubilee Pageant

Mayor of London Boris Johnson has been questioned by a London Assembly member about the restricted access to the More London estate during the Thames Diamond Jubilee Pageant. 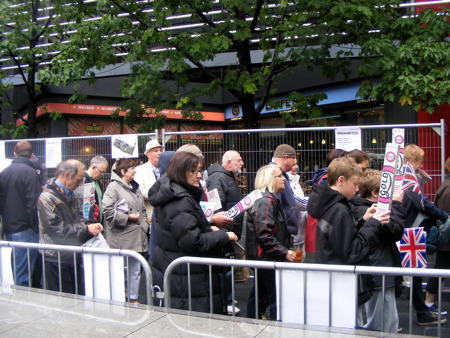 Pageant spectators queuing for access to the More London estate 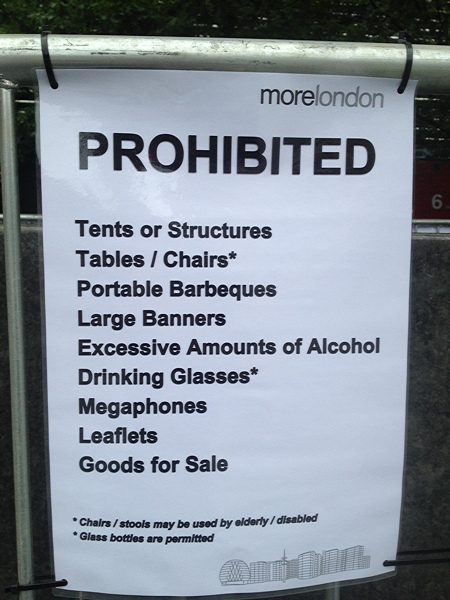 More London is the privately owned riverside estate of shops and offices, including City Hall, north of Tooley Street and west of Potters Fields Park.

"I have been contacted by constituents who were unable to enjoy the Thames Diamond Jubilee Pageant because More London restricted access to their land to those with prior clearance and a small number of early arrivals," said Green Party London Assembly member Jenny Jones in a written question to the Mayor.

"There was plenty of space for more people to enter the site when More London closed the security barriers.

"As a fellow advocate of genuinely public spaces and a funder of the pageant stewarding arrangements, will you raise this instance of overzealous private control with More London, and negotiate better terms from privatised spaces for major public events in which you are involved in the future?"

Boris Johnson's response was published this week: "The area maintained by More London was clearly a choice location from which to view the Diamond Jubilee river pageant.

"As with the many different authorities, landowners and boroughs responsible for spaces along the river, much consideration had been given to the management of expected crowds for this event particularly in popular areas.

"With More London consideration had no doubt been given to the numbers of people that could be reasonably accommodated to view the pageant as well as total numbers of occupants of the buildings within the estate, and this would have informed any decision to restrict further numbers into the area.

"It is absolutely right that spaces in London under private control should provide maximum accessibility for the public.

"It is clearly the responsibility of landowners to ensure that public safety is maintained, particularly where space is in great demand, but I would not condone unnecessary restriction that cannot be justified.

"I will certainly seek to raise the issue with More London, should a similar situation arise in the future."

Local residents have also raised concern over restrictions on access to the riverside at Butler's Wharf on the day of the pageant.

"Since the Jubilee, we have made enquiries to the council on behalf of the Lib Dem council group about who made these decisions, whether they were in consultation with the police and how they will ensure lessons are learned," wrote Cllr Anood Al-Samerai in a recent thread on the SE1 forum.

"Simon Hughes MP has also taken up the issue of security preventing access with the council and the pageant organisers."

"It is a real shame that many local residents (who pay the council tax) did not have a better day at the Jubilee, but we will continue to push for answers and press the council to do a better job for the Olympics."