15 hand-painted 2.5-metre giraffe sculptures have been installed on the More London estate near Tower Bridge 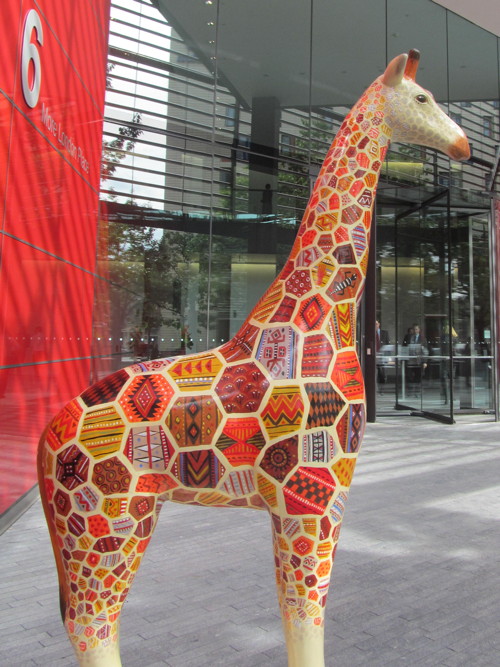 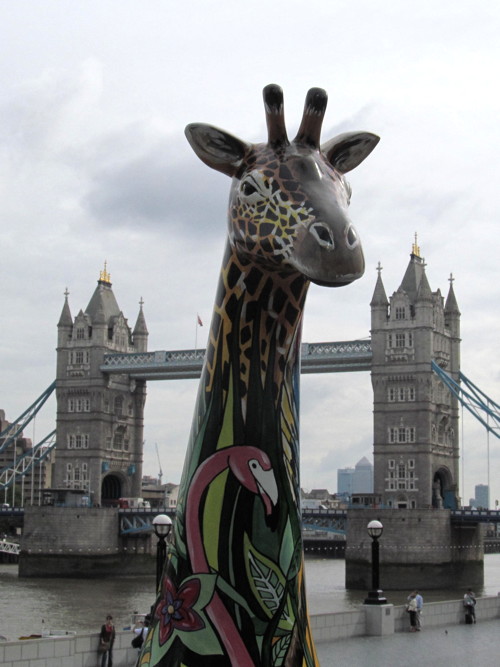 The sculptures are among 30 created by professional artists to celebrate the 50th anniversary of Colchester Zoo.

Alongside over 80 smaller sculptures designed by Colchester children, the giraffes have been on display around the streets, parks and open spaces of a number of Essex and Suffolk towns since the start of June.

Later this month they will be auctioned off for the zoo's charity Action for the Wild.

"The giraffes' residency in London will give thousands of people the chance to see these fantastic sculptures before they are auctioned off," said Colchester Zoo director Anthony Tropeano.

"We are very grateful to More London for giving them a home for a week.

"We've been blown away by the response to the sculptures – they really have been a major talking point in Colchester and the surrounding areas this summer."

The giraffes will remain at More London until 16 September.