A pocket game inspired by tiddlywinks created by pupils at the Walworth Academy has gone on sale at the Design Museum in Shad Thames. 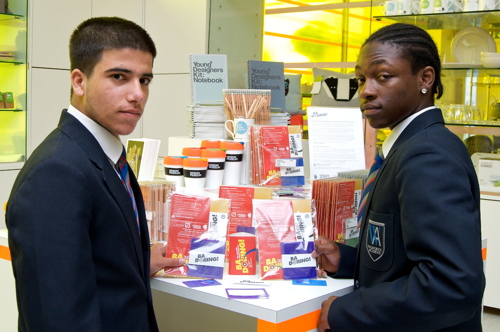 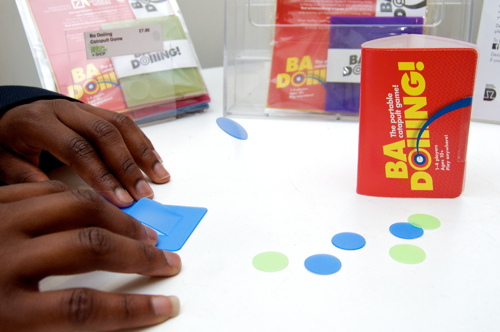 Badoiiing was created by 14 and 15-year-olds from Walworth Academy just off the Old Kent Road.

Now the final product has gone on sale in the museum shop.

The game, which packs away into an Oyster card holder, takes its inspiration from tiddlywinks.

The pupils' aim was to design a game that encourages young teenagers to play as a group.

As well as seeing their design realised, the winning team received a Ł1,000 bursary and guidance from professional designers to develop the game.

The teenagers worked in collaboration with design agency Build who have provided expertise to bring the idea to life.

All profits from the sale of Badoiiing will be donated to the David Idowu Foundation which was set up in memory of the Tabard Gardens teenager and Walworth Academy pupil who was killed in 2008.

"Badoiiing is a savvy reinvention and rebranding of a traditional playground game, tiddlywinks, bringing it into the sleek era of the credit-card format," said Sebastian Conran.

"The physical components are simple and inexpensive. However, the real intrigue is in the sophisticated contemporary gameplay.

"It encourages human interaction at all ages and it will endure long beyond the current crop of fashionable smartphones, to which it is a healthy antithesis."

Alice Marsh says, head of retail at the Design Museum, added: "Some of the best designs come from the simplest of ideas.

"The simplicity of Badoiiing really captures the essence of play.

"The boys nailed the brief and in doing so creating a lo-fi but extremely addictive game."

• Badoiiing is on sale now at the Design Museum priced Ł7.99.