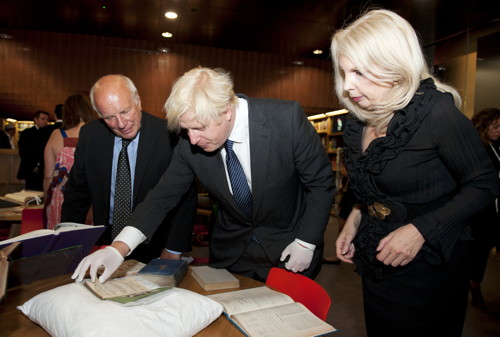 The library, which relocated from Stephen Street in June, is now known as the BFI Reuben Library in recognition of funding from the Reuben Foundation.

The library provides one of the biggest collections of printed materials relating to film and television in the world. It occupies the space previously used by the BFI Southbank's gallery for moving image art.

"The BFI looks after the world's greatest collections of film and television material and we opened this new library at BFI Southbank to inspire more people about the future of film," said BFI chair Greg Dyke.

"It is a vital hub and resource for everybody from filmmakers, academic researchers, students and the industry itself, or anyone with an interest in film and we are indebted to The Reuben Foundation along with our other benefactors for their incredible support."

Mayor of London Boris Johnson said: "This is a tremendous initiative, providing an exciting resource for Londoners that will also be a huge attraction to film fans, students and curious tourists from far and wide.

"I thank The Reuben Foundation for its support with this fantastic example of philanthropy in culture. London has provided an iconic backdrop for so many famous films, be it Harry Potter or James Bond and it's only right that we have such a fitting tribute to our great film heritage."