BFI to shut gallery and relocate library to South Bank

The British Film Institute has announced plans to shut the gallery at BFI Southbank and use the space to house the BFI Library. 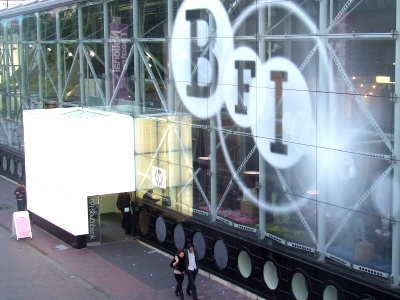 The change is part of a package of reforms as the BFI seeks to reconcile a widening of its remit with a 15 per cent cut in Government funding. 37 job losses are expected.

The BFI Gallery opened in March 2007 as part of the £6 million transformation of the former Museum of the Moving Image premises into an expanded centre for film on the South Bank.

The gallery was intended to provide a space to exhibit art works and installations that use moving image and new media. Now the institue says that it plans to concentrate on activities that only the BFI can deliver.

The BFI proposes to close the gallery and to relocate the BFI National Library and reading room to the South Bank from its current Stephen Street home.

The changes come as BFI Southbank celebrates its best ever six-month audience figures, with 126,210 paid cinema admissions between April and September.

"It is imperative the BFI builds on its successes and remains commercially astute in this tough new environment," says BFI director Amanda Nevill.

"We have an incredible opportunity in the months and years ahead to create something very special for film in the UK and these proposals are both bold and necessary."