A man who slashed a stranger across the neck with a broken bottle at a Southwark nightclub been given a life prison sentence after being convicted of murder. 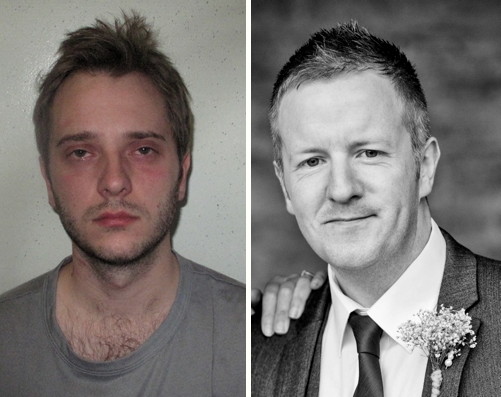 26-year-old Ashley Charles from Leicester attacked Philip Sherriff – a 37-year-old telecommunications professional from Preston – at the Pulse nightclub in the early hours of 4 April this year.

Mr Sherriff worked for Research in Motion, the company behind the BlackBerry smartphone range, which was hosting a corporate event at the club which included a performance by Jessie J.

The Pulse club is located in a series of railway arches near the junction of Blackfriars Road and Southwark Street.

Charles was also sentenced on Friday at the Old Bailey and was given a life sentence with a minimum of 14 years.

Following a very brief and trivial exchange of words Charles on two occasions attempted to take a mobile phone off the victim while they stood at the bar of the venue.

Having failed to do so Charles, grabbed a bottle of beer out of Mr Sherriff's other hand, causing it to smash, then plunged it into his neck.

Mr Sherriff subsequently died as a result of his injuries, cuts to the left common carotid artery and left internal jugular vein, at Royal London Hospital.

"Philip Sherriff died horrifically in a way that is almost too ghastly to describe," said Detective Inspector Richard Beadle.

"He was killed by Ashley Charles following a single blow to the neck with a smashed beer bottle. The moment Charles severed his artery, Philip had no chance of surviving.

"Since that moment, Charles has shown incredible remorse, but sadly not for Philip Sherriff, only for himself.

"I deplore his defence tactics of promoting his own character as admirable whilst willing to tarnish that of a dead man who can no longer speak.

"He manufactured a defence that besmirched Philip's character and presented a catalogue of lies about what was said and done in the moments before he attacked Philip. This was a cowardly act from a cowardly man who could not face the consequences of his sickening behaviour.

"This trial was an example of a defence case manufactured after the prosecution case had been disclosed to him, hoping that he could wriggle away from a conviction."

DI Beadle added: "I hope his conviction will bring some sense of justice to the family who have been devastated by Philip's murder. He truly was a decent, hard-working family man who in no way contributed to his own demise.

"This case highlights that one single second of aggression has fatal consequences for some and a life-changing impact on so many.

"If any good can come out of this, I would implore people to remember what has happened to Philip. If you ever find yourself in a bar, or anywhere else for that matter, and confrontations are developing and tension rising, think of Philip Sherriff and then do everything in your power to just walk away and let things be.

"If you can do that, then Philip's memory may just save someone's life, but it may also prevent someone from taking another person's life."

The Old Bailey heard that Charles and Mr Sherriff, previously unknown to each other, were both at the bar at around midnight.

Both men exchanged words as the defendant tried to get to the free bar, prompting Charles to attempt to grab a phone from Mr Sherriff's hand, which he failed to do.

Seconds later, Charles took a bottle of beer out of the victim's other hand and then jabbed the broken remnants into the left side of Mr Sherriff's neck.

The defendant was detained by club security staff while some of the 600 in attendance at the venue also attempted to stem the bleeding from Mr Sherriff's neck.

Charles tried to portray the attack as self-defence to security, and later gave 'no comment' responses to officers' questions following his arrest at the nightclub.

A post-mortem examination at Greenwich Mortuary on 9 April gave cause of death as a stab wound to the neck.

Charles was charged with attempted murder on 5 April and appeared at Camberwell Green Magistrates' Court the next day. The charge against him was changed to murder following Mr Sherriff's death.

Mr Sherriff's wife, Jane, said: "I have always known that whatever the outcome today, nothing will fill the massive hole left when my husband Phil was so brutally taken away from us. However, I'm glad that justice has been done.

"I would like to thank the people who helped Phil when he was attacked – the paramedics and staff at the Royal London Hospital who tried to save him.

"I wish to thank the police and the CPS, whose enduring professionalism led to this outcome, and the witnesses who stood in court to give evidence.

"I also want to thank the thousands of people all over the world who have offered their support to my campaign to ban glass bottles from late night city centre clubs and pubs.

"With their help I will be fighting hard to make sure no other families experience the hell we have been put through due to the actions of one man.

"Finally, I would like to thank my family and friends. They have helped me through the darkest days imaginable. Now I face the challenge of moving on to the next chapter of my life."