Olympic and Paralympic medallists were among the readers at the Mayor of London's carol service at Southwark Cathedral on Monday night. 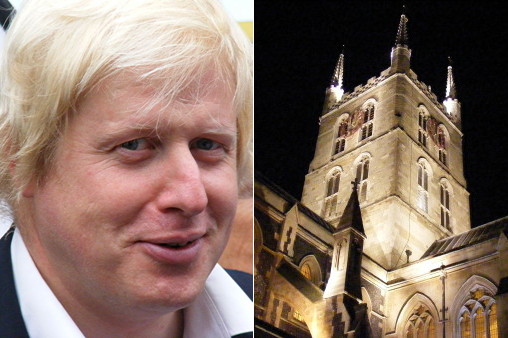 The service brought together British athletes who competed in this summer's games, as well as Team London ambassadors and games maker volunteers.

The congregation was welcomed by the cathedral's new precentor Canon Gilly Myers who said that there had been so much to celebrate in London this year including the Jubilee, Olympic Games and Paralympics.

"Our carol service is an opportunity to celebrate the amazing successes and achievements of an extraordinary year for our city, one that we shall never forget," said Boris Johnson.

"It's also an opportunity to reflect on how we can build on the fine qualities that were on show throughout our golden games, from the aspiration, hard work and glorious achievements of our sporting heroes, to the community spirit and good humour of the thousands of volunteers that welcomed people from around the world and helped make it such a triumph."

In a message printed in the order of service, the Mayor said: "Christmas is a time to reflect on the message of the nativity, on the gifts of friendship, of love and of peace, and to come together as a city, united and harmonious."

Present in the sanctuary was the Bishop of Southwark, who gave the blessing, the Bishop of Willesden and Metropolitan Police chaplain Jonathan Osborne.

The Mayor was joined by his father, former MEP Stanley Johnson.

Members of the public formed long queues in the churchyard and Borough Market more than an hour before the service was due to begin. Civic guests had difficulty making their way through the crowds waiting outside.

• Southwark Cathedral's own carol services, featuring the combined 'great choir' of men, boys and girls – will be held on Friday and Sunday evening.