Eagle-eyed visitors to the Shard have discovered that caption-writers for the interactive 'tell:scope' devices used at the top of the skyscraper have confused the Strata tower at Elephant & Castle with its Abu Dhabi namesake. 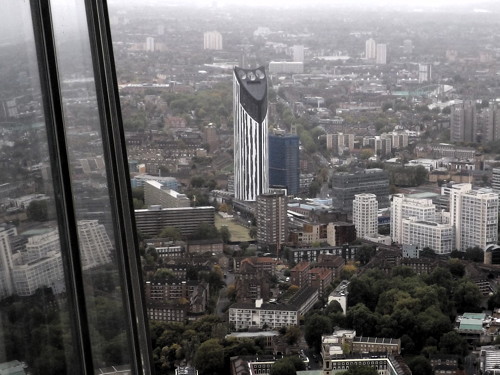 Strata SE1 seen from the Shard 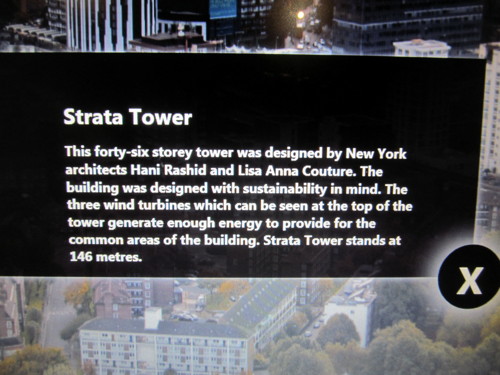 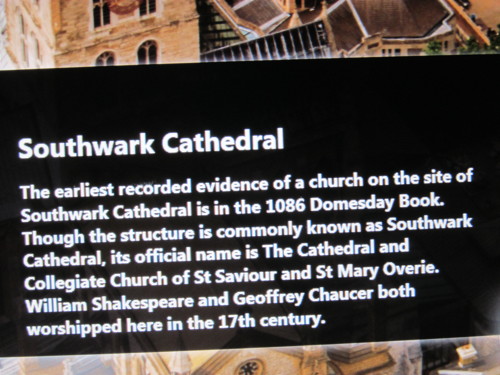 This weekend thousands of Southwark residents will visit The View from the Shard using their free preview tickets.

Knowledgeable locals may find they want to quibble with the text displayed on the 12 tell:scopes, touch-screen devices which provide information in 10 languages on 200 landmarks visible from level 69 of the European Union's tallest building.

The blurb for Strata SE1 attributes the design of Southwark's second-tallest building to New York architects Hani Rashid and Lise Anne Couture – which may come as a surprise to the London firm BFLS.

Rashid and Couture's Asymptote Architecture have indeed designed a tower called Strata – but theirs is situated in Abu Dhabi, not Elephant & Castle.

The tell:scopes also informs visitors to the Shard that Geoffrey Chaucer – who died in 1400 – was a contemporary of William Shakespeare and that the pair worshipped at Southwark Cathedral in the 17th century.

"The View from The Shard is currently undergoing a testing phase, so a number of elements of the attraction are still being fitted out and fine tuned, which includes the information displayed on the tell:scopes," said a spokeswoman for the attraction.

"We are welcoming feedback during this testing phase on the attraction and its system and are working hard to ensure that everything is ready and in place ahead of 1 February, to offer visitors the best possible experience."