Boris Johnson may have praised it for its "oomph", but the Strata SE1 tower at the Elephant & Castle has been named the worst new building of the year by Building Design magazine. 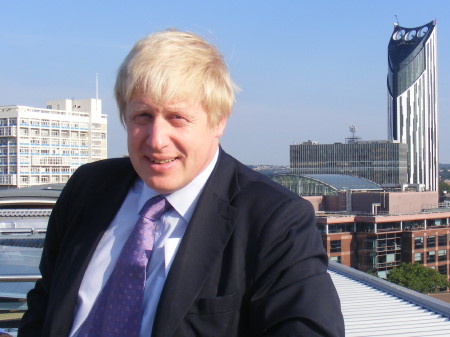 Strata SE1 – designed by BFLS architects – beat competition from other nominated buildings including the Park Plaza Westminster Bridge hotel. Past nominees for the award include the Blue Fin Building on Southwark Street.

"Decked out with Philishave stylings, this is a building that appears to be auditioning for a supporting role in a James Bond title sequence," writes BD's Ellis Woodman.

"The building's grim stridency is exacerbated by its sporty livery of alternating black and white stripes, configured, needless to say, in voguish barcode distribution."

The tower's wind turbines – which are featured in the Royal Academy Summer Exhibition – also came under fire from BD: "For services to greenwash, urban impropriety and sheer breakfast- extracting ugliness, we hereby award the 2010 Carbuncle Cup to the Strata tower."

On a recent visit to London South Bank University Mayor of London Boris Johnson nicknamed Strata "the lipstick" and described it as a building "with a bit of oomph about it".

Southwark's cabinet member for regeneration Cllr Fiona Colley has defended the tower: "The Strata is intended to be a statement about the regeneration of Elephant & Castle and statement buildings won't appeal to everybody.

"When people talk about the building, it's not necessarily because they think it's an eyesore – it's striking, prominent, radical and a talking point for visitors, and we're proud of that."