Pupils from Walnut Tree Walk Primary School in Kennington got an exclusive preview of the Rambert Dance Company's new headquarters on the South Bank this week. 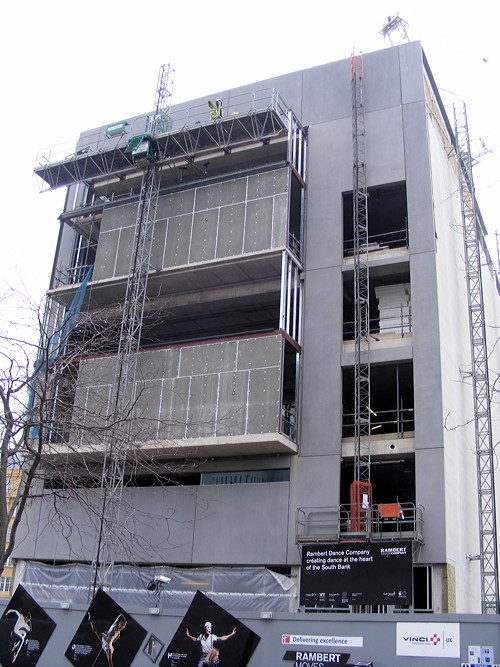 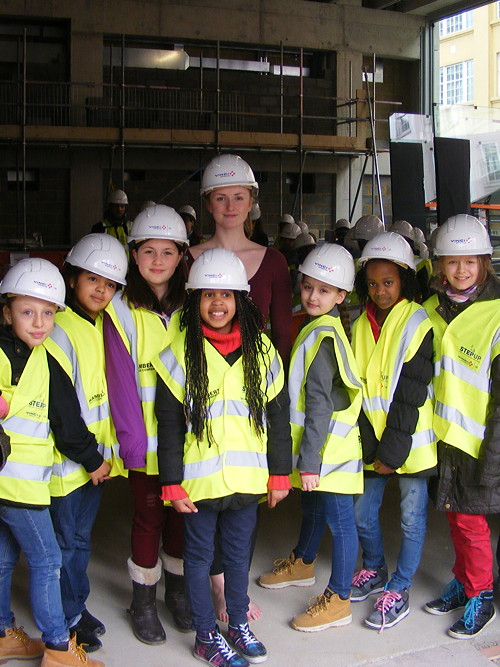 Walnut Tree Walk Primary School pupils with Rebecca Hayley, a third-year student at the Rambert School, in the main studio of the new Rambert building.

First announced eight years ago, the contemporary dance company's £19.6 million headquarters is at last due for completion this autumn.

Designed by Allies and Morrison, the Rambert building is the first phase of the controversial Doon Street development on land owned by Coin Street Community Builders.

It stands on part of the Doon Street car park site between the National Theatre and the Franklins-Wilkins Building.

Accompanied by staff from Vinci Construction, the Walnut Tree Walk pupils visited the main studio which has been designed to match the proportions of the space at Sadler's Wells where the company often performs.

The children also saw the sound studio which will be used for orchestral recordings.

Rambert Dance Company has been working with the school as part of Move In, a three-year project supported by the Prince's Foundation for Children in the Arts which has enabled the company to develop relationships in the community it will soon be based in.

As part of the project pupils have taken part in dance workshops, seen the company perform at Sadler's Wells and will have the opportunity to perform their own work at the Queen Elizabeth Hall later this month.