Local resident Dr Scott Rice has been appointed to chair the board of Coin Street Community Builders. 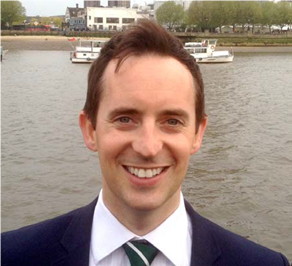 CSCB is a social enterprise best known for its transformation of Oxo Tower Wharf and the construction of homes and community facilities on its 13-acre South Bank site.

Ted Bowman, chair for the past 27 years, has played a key role in the organisation from is roots as an action group in the late 1970s, and has been appointed honorary president of CSCB. He will continue to take an active role on the organisation's board.

Dr Scott Rice has been involved in community activities in Waterloo for many years, serving as chair of governors at Johanna Primary School and as a director of the Colombo Centre. He has been a CSCB director for eight years.

"CSCB has led the South Bank's transformation since the early 1980s demonstrating a whole new way to development that is community-led," said Dr Rice.

"Not only has CSCB made a dramatic difference to the physical environment but also to the lives of many thousands of people living and working in the area. It has contributed significantly to improving the local economy.

"The organisation's current focus is on improving the quality and range of community facilities and programmes on offer such as sports and leisure activities, childcare and family support, training and employment advice. It is working on the re-development of its Doon Street site.

"This major mixed use scheme includes a public swimming and indoor leisure centre, dance studios for Rambert Dance Company and a new town square and is funded by commercial housing. I am delighted to be appointed chair of Coin Street Community Builders at this exciting time."